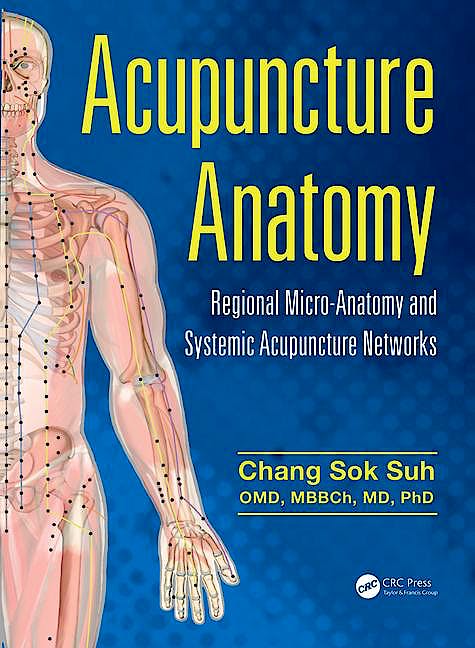 Each acupuncture point is described in terms of musculature, vasculature, and innervation. Special consideration is also given to the position of organs, muscles, nerves, arteries, and veins with respect to the acupuncture point. A separate section is devoted to cross sections of the human body.

The book is divided into four major parts. The first part discusses the underlying principles of traditional Oriental medicine and acupuncture. The second covers the pathophysiology of the organ systems. The third reviews various disease etiologies and the last part presents common diseases that are effectively treated through acupuncture.

Written by an author with degrees in both Western and Eastern medicine, the book’s bulleted format and numerous illustrations make it easy to read and understand. It is a valuable companion for those wanting to bridge the gap between Eastern and Western medicine, as it relates to acupuncture.

Chang Sok Suh, MD, OMD, PhD, is a volunteer at the Willed Body Program at the UC Irvine College of Medicine and occasionally teaches acupuncture anatomy classes to licensed California acupuncturists. He received his Oriental Medical License at Kyung Hee University in Seoul, Korea. He was an acupuncture specialist in rheumatic and rheumatoid arthritis in the Clinic at Monira General Hospital in Cairo, Egypt. He also is the former personal physician for the royal family of the Kingdom of Saudi Arabia. Dr. Suh has taught acupuncture and eastern medicine to students at various institutions throughout the years. He also was a researcher and instructor in the Department of Anatomy and Neurobiology at UCI while acting as spokesperson for acupuncturists in the community. Dr. Suh has written or co-written academic journal articles on an extensive variety of topics in the field for more than 20 years.