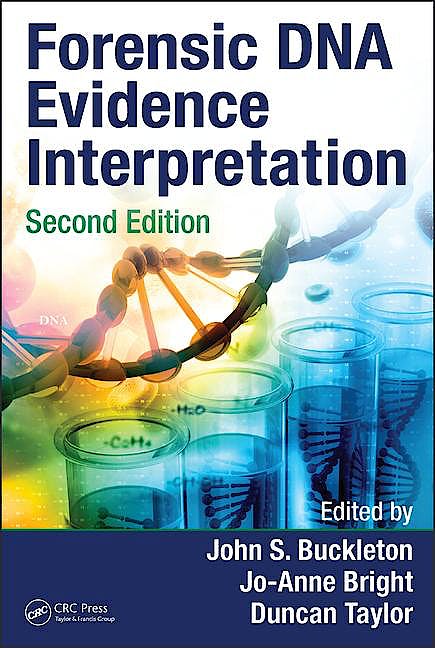 Now in its second edition, Forensic DNA Evidence Interpretation is the most comprehensive resource for DNA casework available today. Written by leaders in the fields of biology and statistics, including a contribution from Peter Gill, the father of DNA analysis, the book emphasizes the interpretation of test results and provides the necessary formulae in an easily accessible manner. This latest edition is fully updated and includes current and emerging techniques in this fast-moving field.

The book begins by reviewing all pertinent biology, and then provides information on every aspect of DNA analysis. This includes modern interpretation methods and contemporary population genetic models available for estimating DNA frequencies or likelihood ratios. Following a chapter on procedures for validating databases, the text presents overviews and performance assessments of both modern sampling uncertainty methods and current paternity testing techniques, including new guidelines on paternity testing in alignment with the International Society for Forensic Genetics. Later chapters discuss the latest methods for mixture analysis, LCN (ultra trace) analysis and non-autosomal (mito, X, and Y) DNA analysis. The text concludes with an overview of procedures for disaster victim identification and information on DNA intelligence databases.

Highlights of the second edition include:

This authoritative book provides a link among the biological, forensic, and interpretative domains of the DNA profiling field. It continues to serve as an invaluable resource that allows forensic scientists, technicians, molecular biologists and attorneys to use forensic DNA evidence to its greatest potential.

John S. Buckleton earned his PhD and DSc from the University of Auckland, New Zealand. He is a fellow of the Royal Society of New Zealand, a member of the Scientific Working Group on DNA Analysis Methods and is on the International Society for Forensic Genetics DNA Commission. His caseworking experience covers 32 years in the United Kingdom, United States, Australia and New Zealand. He has examined over 2000 cases and testified possibly over 200 times. He has coauthored over 170 significant publications in the forensic field and presented DNA and glass courses in the United Kingdom, United States, Australia, Asia and New Zealand. He has supervised four PhD students in forensic interpretation and been involved in international research and development programmes in forensic interpretation of glass and DNA, including expert systems.

Jo-Anne Bright is a science leader at the Institute of Environmental Science and Research Limited in Auckland, New Zealand. She has 16 years of experience in casework and quality management within the forensic biology laboratory. She earned her PhD in forensic science from the University of Auckland, New Zealand. She has over 50 publications on forensic DNA analysis and interpretation. She is also a co-developer of the DNA profile interpretation software STRmix and has undertaken many presentations and workshops on DNA profile interpretation in Australasia, the United States and Europe.

Duncan Taylor is the principal scientist of forensic statistics at Forensic Science SA, Adelaide, Australia. He earned his PhD in molecular biology and a diploma in biostatistics, and has worked in the forensic field for over a decade. He has produced numerous DNA reports and presented evidence in magisterial and district courts in Australian states, as well as in the Supreme Court of Australia. He is a member of the Australasian Statistics Scientific Working Group and the Scientific Working Group on DNA Analysis Methods for Y-STRs and has published a number of works in both areas. He is also one of the developers of STRmix, a DNA interpretation software being used in forensic labs in Australia and New Zealand. He is an associate professor of biology at Flinders University, Bedford Park, Australia, and supervises honours and PhD students.