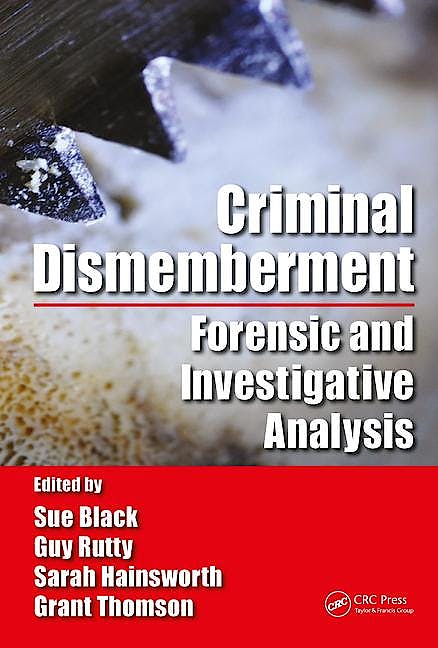 Criminal Dismemberment is the first book to examine dismemberment as a phenomenon in the context of criminal acts. While the number of such dismemberment cases in any given country is often small, the notion of dismemberment captures the imagination, often leading many to question the motivations as to why anyone would perpetrate such an unnatural act.

The act of dismemberment, in its original form, referred to cutting, tearing, pulling, wrenching or otherwise separating the limbs from a living being as a form a capital punishment. In today’s society, it has become associated most frequently with the criminal act of sectioning the remains of the dead in an attempt to conceal the death and dispose of the remains or make the process of identification of the deceased more difficult to achieve.

Drawing on expertise from leading forensic anthropologists, pathologists, and forensic materials engineers, the book brings together much of the literature on criminal dismemberment—viewing it from the investigative, forensic, and social science perspectives. Key features include:

The diverse backgrounds of the contributors offers a thorough account of such topics as the history of dismemberment, the forensic pathology in such cases, the importance of developing a common vocabulary in terminology used, the legal admissibility in dismemberment cases. As such, Criminal Dismemberment will serve as a comprehensive reference for students and practitioners alike.

Chapter Eight: Overview of the Examination of a Dismembered Body
Guy Rutty and Bruno Morgan

Chapter Nine: The Role of Forensic Anthropology in Cases of Dismemberment
Lucina Hackman and Sue Black

Appendix 2: Known Cases of Criminal Dismemberment in the UK Since 1985
Sue Black