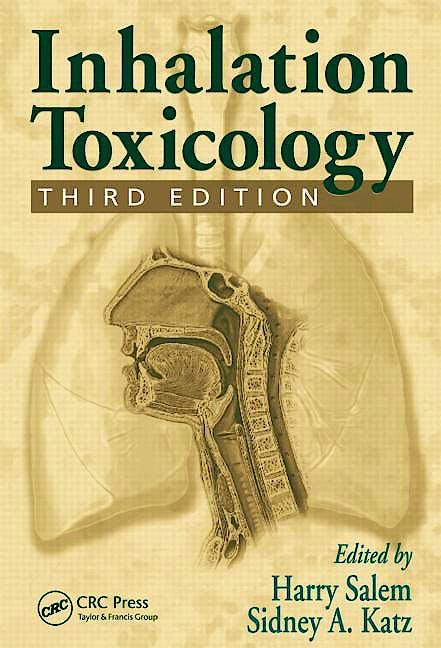 The lungs provide a significant opportunity for the introduction of both therapeutic and toxic chemicals into the human body. In occupational and domestic environments, hazardous chemicals can enter the bodythrough the lungs via gases, aerosols, and particulates from natural and anthropogenic sources. Fully updated with new research and discoveries since the last edition, Inhalation Toxicology, ThirdEdition presents contributions from internationally recognized scientists in the academic, commercial/industrial, and governmental sectors. A pragmatic resource for practicing professionals and students, thebook comprehensively examines the relationship between the respiratory system and the toxicology of inhaled substances.

New topics in this third edition include collection and characterization of airborne particulate matter, the inhalation toxicology of asbestos fibers and nanoparticles, and the development of lung-on-a-chip technology for predicting in vivo responses. Each chapter concludes with thought-provoking questions and answers, enhancing the book’s educational utility.

Harry Salem is the Chief Scientist at the U.S. Army Edgewood Chemical Biological Center. He has been a visiting professor at Drexel University, Rutgers University, Temple University, and the University of Pennsylvania and he has held a variety of positions in the pharmaceutical industry and in commercial toxicology laboratories. He was the editor-in-chief of the Journal of Applied Toxicology and is on the editorial board of the Journal of Inhalation Toxicology. He was the 2001 Society of Toxicology Congressional Science Fellow, and is a Fellow of the New York Academy of Sciences, the American College of ClinicalPharmacology, the American College of Toxicology, and the Academy of Toxicological Sciences.

Sidney A. Katz is a professor of chemistry at Rutgers University. He has been a visiting professor in Canada, England, Germany, Hungary, Slovenia, and South Africa and has held research positions with E.I. duPont de Nemours and Company and with the R.M. Hollingshead Corporation. He has been a research fellow at the U.S. Army Edgewood Chemical Biological Center. His research activity is in environmentalbioanalytical chemistry. From 1997 to 2002, he was a New Jersey commissioner for hazardous waste facilities siting.

"The editors' thoughtful treatment is absolutely stunning as is their capacity to guide authors toward creative, comprehensive entries while also maintaining a degree of uniformity among topics … InhalationToxicology has been a standard reference and textbook for respiratory scientists."
—J. Thomas Pierce, PhD, Navy Environmental Health Center, in Doody’s Review Service