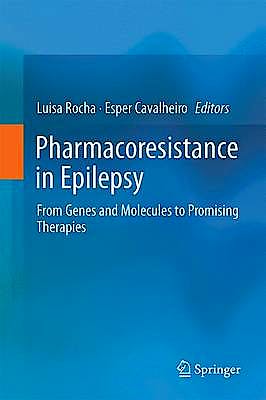 Pharmacoresistance in Epilepsy. from Genes and Molecules to Promising Therapies

Although more than 10 new antiepileptic drugs have been developed in the past decade, epilepsy remains resistant to drug therapy in about one-third of patients, many of whom struggle with the disease their entire lives. Managing these patients is a challenge and requires a structured multidisciplinary approach. The book includes chapters on all issues related to pharmacoresistance in epilepsy, and describes recent developments in the pathogenesis and treatment of this disorder. It addresses abnormalities in inhibitory mechanisms, epilepsy-related changes to the immune system, development of pharmacoresistance caused by chronic exposure to antiepileptic drugs, and novel therapeutic strategies for preventing or slowing down the progression of the disease.

Clinicians and basic scientists alike will find up-to-date information on the development of pharmacoresistance, as well as reviews of mechanisms associated with epilepsy that may help them consider novel strategies for preventing the development of pharmacoresistance in the first place. The book also features information on new therapeutic strategies for control of epilepsy, such as transcutaneous electrical stimulation and virtual screening of new antiepileptic drugs.Pharmacoresistance in Epilepsy: From Genes and Molecules to Promising Therapies is useful to anyone working in the field, whether they’re studying epilepsy in the lab or treating it in a doctor’s office.