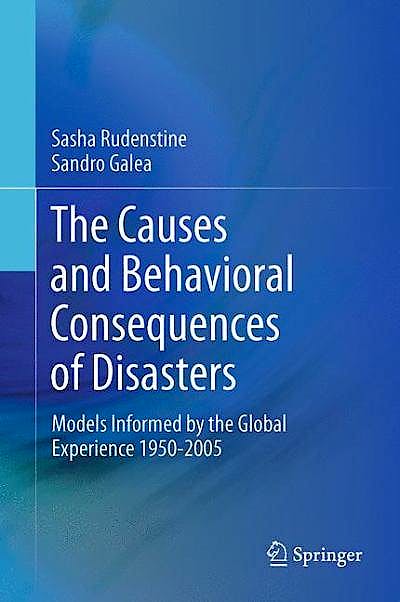 The Causes and Behavioral Consequences of Disasters. Models Informed by the Global Experience 1950-2005

The World Trade Center attacks. A typhoid outbreak in Eastern Europe. Hurricane Katrina. While each is a unique disaster, devastating events such as these are united both by their causes, and by the wide-ranging, and long-lasting health consequences that characterize their aftermath. Many of these consequences can be controlled or avoided. The Causes and Behavioral Consequences of Disasters brings a public health perspective to the fields of disaster preparedness and disaster response. Arguing that local context shapes the conditions for disasters, the authors study cases from the Cuzco, Peru, earthquake of 1950 to the Columbine school shooting to form the basis for a contextual model of disasters and population behavior following disasters. These models illustrate how the local context, careful pre-event planning, and coordinated post-event response strategies can minimize the initial damage and negative aftereffects of these events. This groundbreaking volume: Systematically reviews a half-century of disasters worldwide. Analyzes societal and environmental vulnerabilities and protective factors that can influence the course of disasters. Provides comprehensive models for causes of, and behavioral responses to, disasters, using in-depth examples from the U.S. and abroad. Applies both models to the World Trade Center attacks, with implications for the public health field.The Causes and Behavioral Consequences of Disasters will further professional discussion and understanding among a wide range of professionals and students across public health, mental health, education, health administration and policy, social work, and the social sciences.