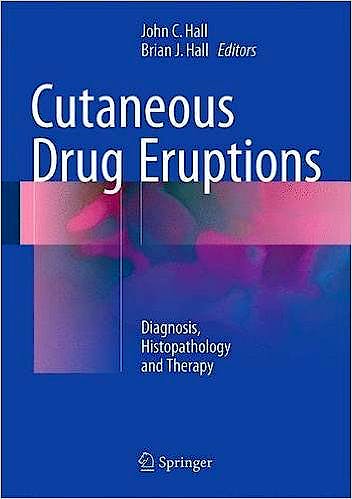 The burden of cutaneous drug reactions is significant, in both outpatient and inpatient settings, and can result in morbidity and even mortality. This book is unique in its approach to this problem.

Dr. John C. Hall graduated from the University of Nebraska College of Medicine in 1972. He works in Kansas City, MO and specializes in Dermatology. Dr. Hall is affiliated with Saint Lukes Hospital Of Kansas City and Truman Medical Center Hospital Hill.

Brian Hall completed his pathology residency at the University of Utah followed by a dermatopathology fellowship under Clay J. Cockerell at UT Southwestern Medical School in the Department of Dermatology. He has co-edited six dermatology and pathology textbooks with his father, John C. Hall, a well-known dermatologist in the Kansas City area.