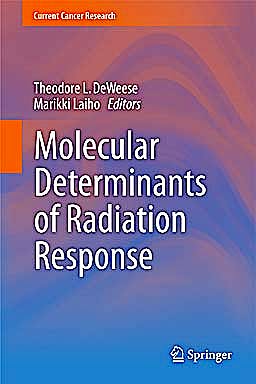 The DNA of mammalian cells is constantly under assault from both endogenous and exogenous sources. Ionizing radiation is one of the most important sources of genomic injury because of its ability to inflict substantial cellular damage that is both therapeutic as well as mutagenic. Mammalian cells have evolved an impressive array of DNA damage response mechanisms that are called upon to respond to and repair radiation-induced DNA injury that allow cells to survive with DNA fidelity intact. Contemporary oncologic research and patient management demand a thorough understanding of these DNA damage response processes as well as some of the important environmental conditions like hypoxia in which cells exist such that strategies that subvert these survival processes can be considered and exploited for therapeutic gain.

Molecular Determinants of Radiation Response includes chapters by expert authors who detail the present understanding of key DNA damage response pathways and proteins. The chapters include comprehensive discussions on where and how specific alterations in function of these pathways and proteins result in substantive modifications of cellular response to DNA injury. The authors have done a wonderful job in providing meaningful reviews, with appropriate detail and scope for both the well informed reader as well as the novice looking for new information. Given the importance of therapies that induce DNA injury in the management of human disease, this book is timely and relevant for basic and translational researchers, as well as clinicians alike.