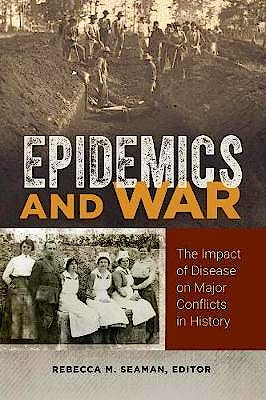 Epidemics and War. The Impact of Disease on Major Conflicts in History

Through its coverage of 19 epidemics associated with a broad range of wars, and blending medical knowledge, demographics, geographic, and medical information with historical and military insights, this book reveals the complex relationship between epidemics and wars throughout history.

How did small pox have a tremendous effect on two distinct periods of war-one in which the disease devastated entire native armies and leadership, and the other in which technological advancements and the application of medical knowledge concerning the disease preserved an army and as a result changed the course of events? Epidemics and War: The Impact of Disease on Major Conflicts in History examines fascinating historical questions like this and dozens more, exploring a plethora of communicable diseases-viral, fungal, and/or bacterial in nature-that spread and impacted wars or were spread by some aspect of mass human conflict.

Written by historians, medical doctors, and people with military backgrounds, the book presents a variety of viewpoints and research approaches. Each chapter examines an epidemic in relation to a period of war, demonstrating how the two impacted each other and affected the populations involved directly and indirectly. Starting with three still unknown/unidentified epidemics (ranging from Classical Athens to the Battle of Bosworth in England), the book's chapters explore a plethora of diseases that spread through wars or significantly impacted wars. The book also examines how long-ended wars can play a role in the spread of epidemics a generation later, as seen in the 21st-century mumps epidemic in Bosnia, 15 to 20 years after the Bosnian conflicts of the 1990s.