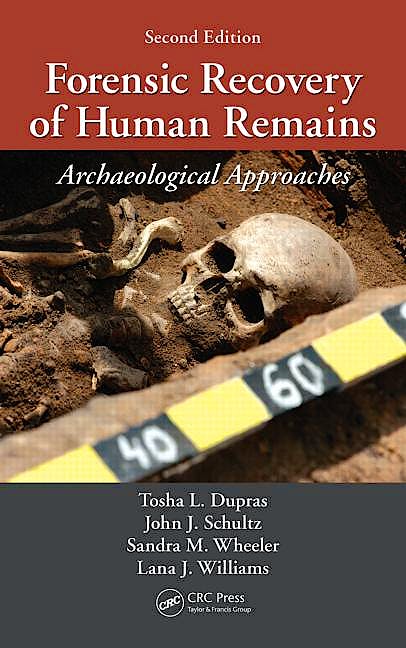 This reference, now in its second edition, is a comprehensive guide that focuses on the practical aspects of excavating and recovering human remains, as well as any associated evidence, from crime scenes. It highlights the protocols and techniques that are used to successfully survey, map, recover, document, collect, and transport evidence. New additions to the reference include discussion questions and suggested readings, updated mapping and measuring techniques, including a section on GIS and backpack differential GPS systems, expanded information on botany, DNA, and soil, and non-forensic burial contexts. Almost 200 illustrations are included to help clarify concepts.

Tosha L. Dupras, Ph.D. specializes in bioarchaeology, particularly diet reconstruction through chemical analysis, and has been associated with the Dakhleh Oasis and Dayr al Barsha projects in Egypt where she has excavated in several cemeteries and analyzed many skeletal remains. Dupras also assists local law enforcement agencies with the search for and excavation of human remains.

Sandra M. Wheeler, Ph.D. specializes in bioarchaeology, paleopathology, juvenile osteology, and mortuary archaeology. Wheeler has conducted fieldwork in Belize and Mexico and continues to actively work with the Dakhleh Oasis Project, Egypt. She has assisted law enforcement in Florida and Canada with the search for and recovery of human remains.

Lana J. Williams, Ph.D. specializes in biochemical analysis of human remains, mortuary archaeology, and human osteology. Williams has conducted fieldwork in Greece and Belize and is currently working with the Dakhleh Oasis and Dayr al Barsha projects in Egypt. In addition, she has assisted law enforcement in Florida and Canada in the search, recovery, and analysis of human remains.