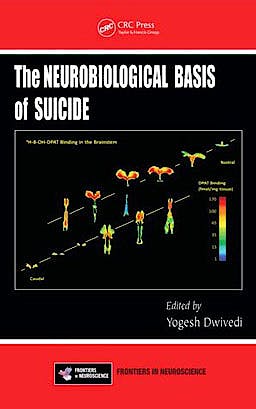 The Neurobiological Basis of Suicide

With recent studies using genetic, epigenetic, and other molecular and neurochemical approaches, a new era has begun in understanding pathophysiology of suicide. Emerging evidence suggests that neurobiological factors are not only critical in providing potential risk factors but also provide a promising approach to develop more effective treatment and prevention strategies. The Neurobiological Basis of Suicide discusses the most recent findings in suicide neurobiology.

Psychological, psychosocial, and cultural factors are important in determining the risk factors for suicide; however, they offer weak prediction and can be of little clinical use. Interestingly, cognitive characteristics are different among depressed suicidal and depressed nonsuicidal subjects, and could be involved in the development of suicidal behavior.

The characterization of the neurobiological basis of suicide is in delineating the risk factors associated with suicide. The Neurobiological Basis of Suicide focuses on how and why these neurobiological factors are crucial in the pathogenic mechanisms of suicidal behavior and how these findings can be transformed into potential therapeutic applications.