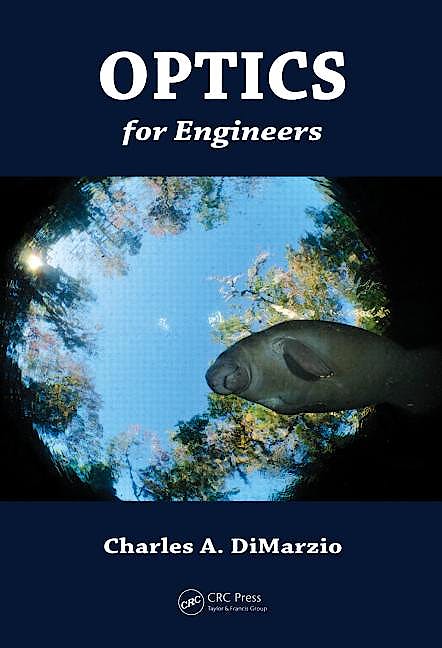 The field of optics has become central to major developments in medical imaging, remote sensing, communication, micro- and nanofabrication, and consumer technology, among other areas. Applications of optics are now found in products such as laser printers, bar-code scanners, and even mobile phones. There is a growing need for engineers to understand the principles of optics in order to develop new instruments and improve existing optical instrumentation. Based on a graduate course taught at Northeastern University, Optics for Engineers provides a rigorous, practical introduction to the field of optics. Drawing on his experience in industry, the author presents the fundamentals of optics related to the problems encountered by engineers and researchers in designing and analyzing optical systems.

Beginning with a history of optics, the book introduces Maxwell’s equations, the wave equation, and the eikonal equation, which form the mathematical basis of the field of optics. It then leads readers through a discussion of geometric optics that is essential to most optics projects. The book also lays out the fundamentals of physical optics—polarization, interference, and diffraction—in sufficient depth to enable readers to solve many realistic problems. It continues the discussion of diffraction with some closed-form expressions for the important case of Gaussian beams. A chapter on coherence guides readers in understanding the applicability of the results in previous chapters and sets the stage for an exploration of Fourier optics. Addressing the importance of the measurement and quantification of light in determining the performance limits of optical systems, the book then covers radiometry, photometry, and optical detection. It also introduces nonlinear optics.

This comprehensive reference includes downloadable MATLAB® code as well as numerous problems, examples, and illustrations. An introductory text for graduate and advanced undergraduate students, it is also a useful resource for researchers and engineers developing optical systems.

This book is an excellent resource for teaching any student or scientist who needs to use optical systems. I particularly like the addition of MATLAB scripts and functions. Highly recommended.
—Professor James C. Wyant, Dean of College of Optical Sciences, University of Arizona

His book is clear, concise and highly readable. This is an excellent text.
—Professor Changhuei Yang, California Institute of Technology

At last, a book on optics that is written with the practising engineer in mind. I have been teaching optics to engineers for many years and have often longed for a text aimed at my students … covers all the important issues from basic theory through lasers and photodetectors to the vital topic of radiometry and measurement.
—Professor John Watson, Chair of Electrical Engineering and Optical Engineering, University of Aberdeen

He holds a BS in engineering physics from the University of Maine, an MS in physics from Worcester Polytechnic Institute, Massachusetts, and a PhD in electrical and computer engineering from Northeastern University. He spent 14 years at Raytheon Company’s Electro-Optics Systems Laboratory in coherent laser radar for air safety and meteorology. Among other projects there, he worked on an airborne laser radar, flown on the Galileo-II, to monitor airflow related to severe storms, pollution, and wind energy, and another laser radar to characterize the wake vortices of landing aircraft.

At Northeastern, he extended his interest in coherent detection to optical quadrature microscopy—a method of quantitative phase imaging with several applications, most notably assessment of embryo viability. His current interests include coherent imaging, confocal microscopy for dermatology and other applications, multimodal microscopy, spectroscopy and imaging in turbid media, and the interaction of light and sound in tissue. His research ranges from computational models, through system development and testing, to signal processing. He is also a founding member of Gordon-CenSSIS—the Gordon Center for Subsurface Sensing and Imaging Systems.