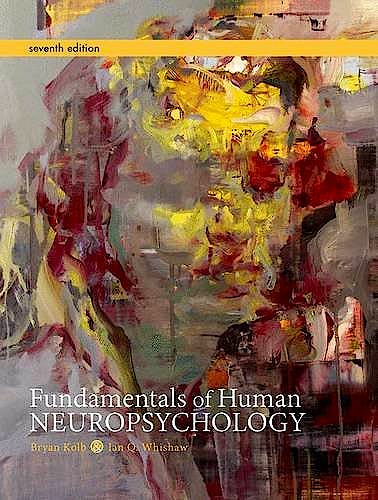 Written by two masterful researchers and educators, Fundamentals of Human Neuropsychology was the first textbook to introduce students to the scientific exploration of human behavior from a neuroscientist's perspective. With this updated edition, Bryan Kolb and Ian Whishaw again take students to the very forefront of one of the most eventful and impactful areas of scientific inquiry today, making an extraordinary amount of recent research and the real-world impact of those discoveries fascinating and accessible.

Up-to-Date Coverage of Imaging Methods
The new edition covers all static, dynamic, electrophysiological imaging methods currently in use. A new section, Comparing Brain-Imaging Techniques and Uses, (in Ch. 7, Imaging the Brain's Activity) summarizes the pros and cons of each method, including relative costs.

More Emphasis on Connectivity
This edition highlights the connections among network nodes and hubs, pathways, and functionality, introducing the topic in Chapter 1 and developing it further in chapters on neurocortical function (Ch. 10), the frontal lobes (Ch. 16), and cortical networks and disconnection syndromes (Ch. 17).

More Emphasis on Genetic and Epigenetic Influences on Behavior
This new coverage occurs throughout the book. For example see the section on Genes, Environment and Behavior (Ch. 2).

New "Maze" Icon Indicating Coverage of Neuropsychological Assessment and Testing
Coverage indicated by this icon includes discussions of the development of testing methods, their experimental bases, and their role in neuroscience, cognitive psychology, and other disciplines—even economics (see The Social Brain, Ch. 20).