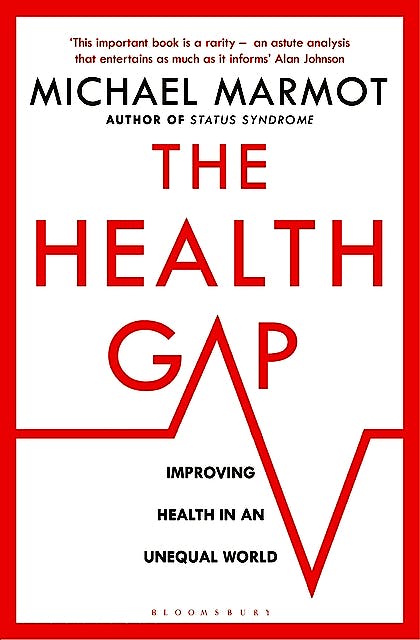 The Health Gap. The Challenge of an Unequal World (Softcover)

In this groundbreaking book, Michael Marmot, president of the World Medical Association, reveals social injustice to be the greatest threat to global health.

In Sierra Leone, one in 21 fifteen-year-old women will die in her fertile years of a maternal-related cause; in Italy, the figure is one in 17,100; but in the United States, which spends more on healthcare than any other country in the world, it is one in 1,800 (and now, with the new administration chipping away at Obamacare, the statistics stand to grow even more devastating). Why?

Dramatic differences in health are not a simple matter of rich and poor; poverty alone doesn't drive ill health, but inequality does. Indeed, suicide, heart disease, lung disease, obesity, and diabetes, for example, are all linked to social disadvantage. In every country, people at relative social disadvantage suffer health disadvantage and shorter lives. Within countries, the higher the social status of individuals, the better their health. These health inequalities defy the usual explanations. Conventional approaches to improving health have emphasized access to technical solutions and changes in the behavior of individuals, but these methods only go so far. What really makes a difference is creating the conditions for people to have control over their lives, to have the power to live as they want. Empowerment is the key to reducing health inequality and thereby improving the health of everyone. Marmot emphasizes that the rate of illness of a society as a whole determines how well it functions; the greater the health inequity, the greater the dysfunction.

Marmot underscores that we have the tools and resources materially to improve levels of health for individuals and societies around the world, and that to not do so would be a form of injustice. Citing powerful examples and startling statistics (“young men in the U.S. have less chance of surviving to sixty than young men in forty-nine other countries”), The Health Gap presents compelling evidence for a radical change in the way we think about health and indeed society, and inspires us to address the societal imbalances in power, money, and resources that work against health equity.