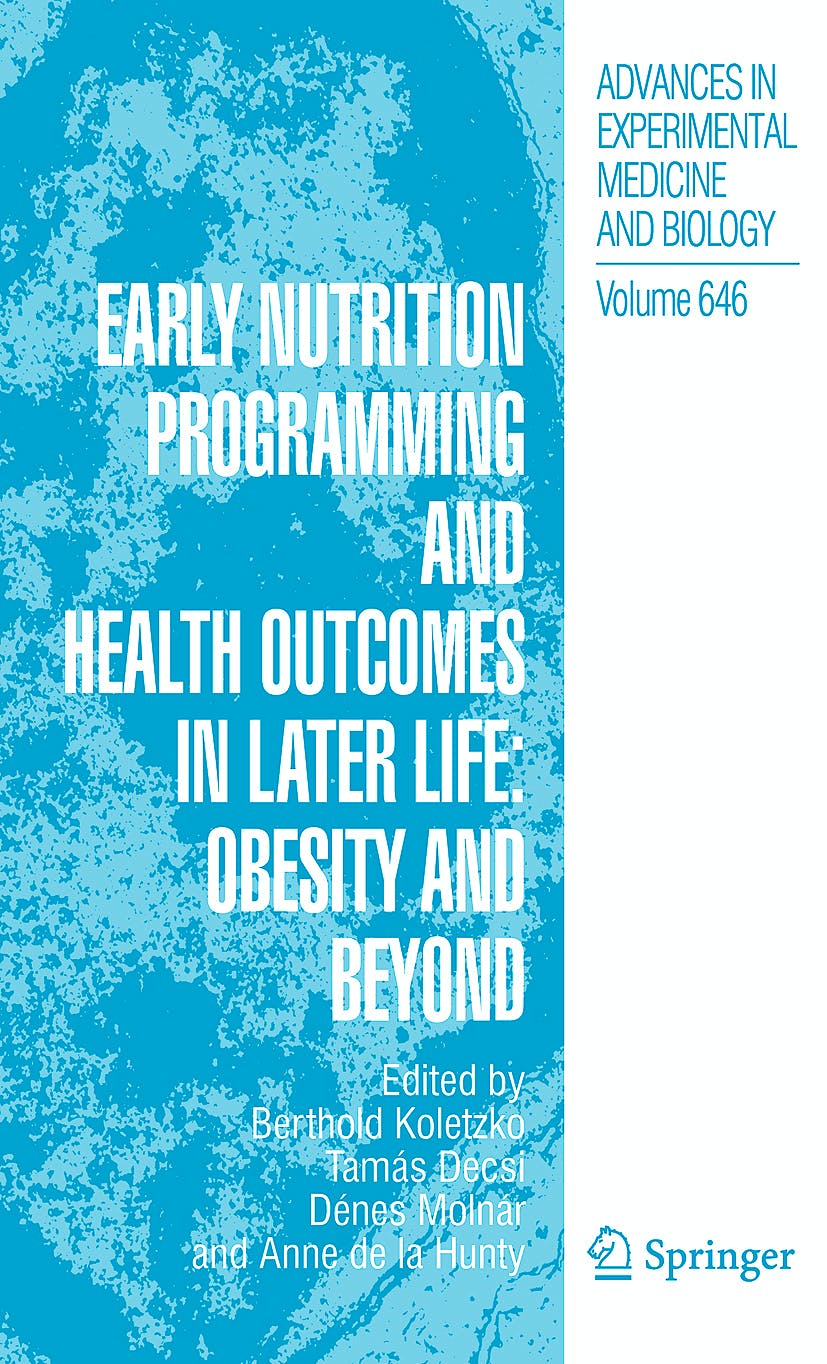 Early Nutrition Programming and Health Outcomes in Later Life: Obesity and Beyond

Obesity has reached epidemic proportions globally and presents a major challenge to policy makers and clinicians alike. Recent research has suggested that obesity has its origins in early life and that early diet can programme a developing fetus’ and young infant’s future susceptibility to obesity. This volume contains recent findings presented at the International Conference on Early Nutrition Programming and Health Outcomes in Later Life: Obesity and Beyond - a satellite meeting of the 15th European Congress on Obesity, held in Budapest in April 2007. Basic scientific research, data from epidemiological studies and clinical trial results were all presented during the programme.