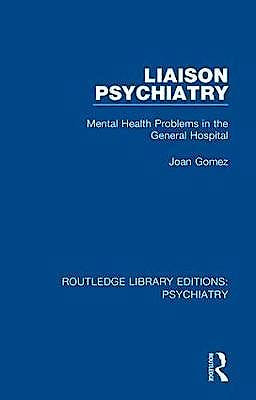 Liaison psychiatry, that is, psychiatry with patients with organic disorders or physical symptoms in general hospitals, is a field that grew rapidly in the 1980s. Yet there had been no introductory book to the subject which might have served the needs of trainee psychiatrists, medical students, and general physicians and surgeons, as well as nurses and others, whose patients might be involved.

This book, originally published in 1987, aimed to fill this gap in the literature. It begins by examining the scope and organisational issues of liaison psychiatry at the time and its role in psychiatric patients with organic disease, psychosomatic disorders, emotional reactions to physical disease, terminal illness, etc. The bulk of the book then reviews liaison in a range of medical specialities. The book should thus have a wide readership.