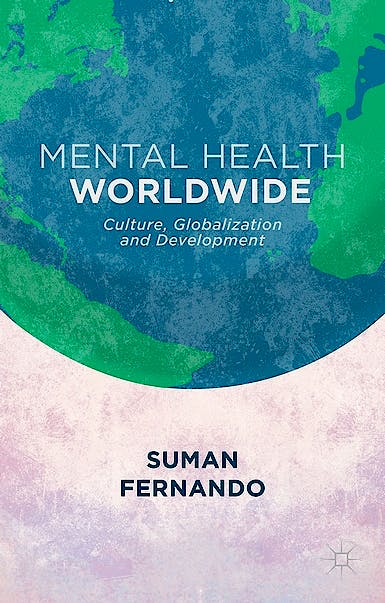 Mental Health Worldwide offers a perceptive critique of the universalized model of psychiatry and its apparent exportation from the West to the developing world. The foundational concepts of the dominant models in psychiatry, however, are understood very differently in non-western cultural traditions. Whilst there is a worldwide need to emphasize mental health in the context of public health, the 'traditional psychiatric' model, with its focus on medicalization and drug-based 'cures', may not always be appropriate, and its approaches should not be employed unquestioningly. Here, Suman Fernando takes a much-needed critical look at the field of psychiatry in an international context, proposing suggestions for advancing mental health and wellbeing in low and middle income countries in a way that is ethical, sustainable and culturally sensitive. These lessons can also be applied to developing service provision in the West in our increasingly globalized world.

PART I: CULTURAL HISTORY OF MADNESS, PSYCHIATRY AND MENTAL HEALTH
1. Culture and Globalization in Relation to Mental Health
2. Understanding Madness, Mental Illness and Mental Health
3. Medicalization of Human Problems in the West

'The valuable contribution of this book is to present a critical and alternative perspective on 'global mental health', that moves beyond the simple listing of mental disorders and mapping the global burden of diseases, to acknowledge the growing importance of the political, economic and social determinants of mental health as well as the interplay between the social and the cultural with the biological dimensions of mental disorders.' - Duncan Pedersen, McGill University, Canada

'This scholarly but accessible book makes a thoughtful and useful contribution to the current debate about mental health around the world[.]' - Rachel Tribe, University of East London, UK

'This book is essential reading for anyone wishing to understand this complex issue. It is written in a calm, clear and accessible style, making the book suitable for specialists and lay people alike.' - David Ingleby, University of Amsterdam, The Netherlands

Suman Fernando is Honorary Professor in the Faculty of Social Sciences and Humanities at London Metropolitan University, UK. Before that he was Senior Lecturer at the European Centre for Migration and Social Care at the University of Kent, UK, and consultant psychiatrist in the National Health Service for over twenty years. He is active in non-governmental organizations in UK and abroad, as well as being consultant to capacity development programmes in Sri Lanka. He has written and lectured widely on mental health development. In 2011 he was given the Lifetime Achievement Award for Culture, Race and Mental Health by the University of Toronto, Canada.