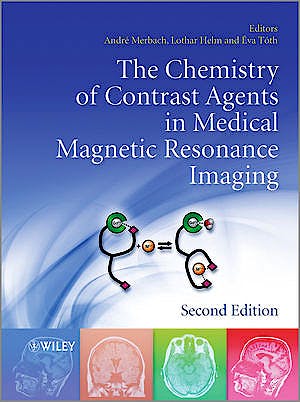 The Chemistry of Contrast Agents in Medical Magnetic Resonance Imaging

Magnetic Resonance Imaging (MRI) is one of the most important tools in clinical diagnostics and biomedical research. The number of MRI scanners operating around the world is estimated to be approximately 20,000, and the development of contrast agents, currently used in about a third of the 50 million clinical MRI examinations performed every year, has largely contributed to this significant achievement.

A word from the Authors:

Twelve years after the first edition published, we are convinced that the chemistry of MRI agents has a bright future. By assembling all important information on the design principles and functioning of magnetic resonance imaging probes, this book intends to be a useful tool for both experts and newcomers in the field. We hope that it helps inspire further work in order to create more efficient and specific imaging probes that will allow materializing the dream of seeing even deeper and better inside the living organisms.

Reviews of the First Edition:

"...attempts, for the first time, to review the whole spectrum of involved chemical disciplines in this technique..."—Journal of the American Chemical Society

"...well balanced in its scope and attention to detail...a valuable addition to the library of MR scientists..."—NMR in Biomedicine