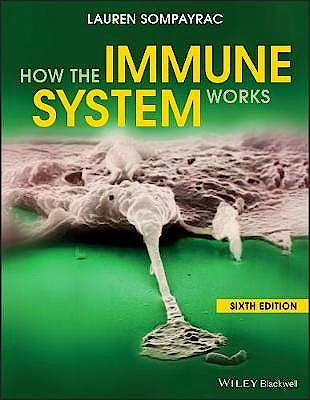 How the Immune System Works

The immune system is a “team effort” involving many different players who work together to provide a powerful defense against invaders. Focusing on one player at a time makes it hard to understand the game. Here we view the action from the grandstands to get a wide-angle picture of what the immune system is all about.

The innate immune system is a “hard-wired” defense that has evolved over millions of years to recognize pathogens that commonly infect humans. It provides a rapid and powerful response against “everyday” invaders.

Lecture 3 B Cells and Antibodies 27

B cells and the antibodies they produce are part of the adaptive immune system – a system that protects us against pathogens both common and rare.

Lecture 4 The Magic of Antigen Presentation 42

T cells another weapon of the adaptive immune system only recognize invaders which are “properly presented” by specialized antigen presenting cells. This feature keeps T cells focused on the types of attackers they can defend against.

Before they can spring into action T cells must be activated. This requirement helps insure that only useful weapons will be mobilized.

Once they have been activated helper T cells orchestrate the immune response and killer T cells destroy infected cells.

Lecture 9 Self Tolerance and MHC Restriction 87

T cells must be “tested” to be sure they focus on appropriately presented antigens and B and T lymphocytes must be screened to eliminate those which might attack our own bodies.

The innate immune system remembers pathogens which have been attacking humans for millions of years. In contrast B and T cells remember pathogens we have encountered during our lifetime. Memory B and T lymphocytes respond more quickly and effectively to a subsequent attack by the same invader.

The human intestines are home to trillions of bacteria viruses fungi and parasites. How the immune system deals with these potentially dangerous intestinal residents which frequently invade the tissues surrounding the intestines is a hot topic in immunology.

The immune system usually does a good job of defending us. Sometimes however mistakes are made. Two examples of the “immune system gone wrong” are allergies and autoimmunity.

Serious disease may result when our immune system does not operate at full strength. Humans who are infected with the AIDS virus have profoundly impaired immune systems.

Vaccines safely mimic a microbial attack so that our immune system will be primed and ready for a future challenge by the same pathogen.

Lecture 15 Cancer and the Immune System 132

The human immune system is not very good at defending us against cancer. Indeed there is a built-in conflict between the need to minimize the chance that its weapons will attack our own bodies and the need to destroy cancer cells.

Here are definitions of some of the terms that immunologists use – but which “normal” people wouldn’t.

Immunologists are big on acronyms and abbreviations but they can drive you crazy. So I’ve made a list to which you can refer.

How the Immune System Works has helped thousands of students understand what’s in their hefty immunology tomes and textbooks. In this book, Dr. Sompayrac cuts through the jargon and details to reveal, in simple language, the essence of this complex subject: how the immune system fits together, how it protects us from disease and, perhaps most importantly, why it works the way it does.