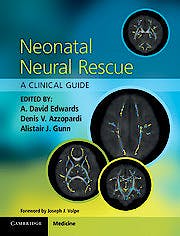 Worldwide more than one million babies die annually from perinatal asphyxia and its associated complications such as neonatal encephalopathy – one of the major causes of cerebral palsy and cognitive deficiencies in children aside from prematurity. Cooling the head – or the entire body – minimizes neuronal death, enabling the neonatal brain to be 'rescued' thus greatly improving developmental outcomes. Hypothermic neural rescue therapy has revolutionized the treatment of this condition and is a major recent achievement in neonatal medicine. This landmark book provides a brief scientific underpinning of hypothermic neural rescue therapy and lays out the evidence base for good practice. Internationally recognized authorities give practical advice, drawn from personal experience, on how to deliver hypothermia in the neonatal intensive care unit. A valuable addition to any neonatal unit, this is essential reading for neonatologists, neonatal nurses and paediatric neurologists.

A. David Edwards, Institute of Reproductive and Developmental Biology, Imperial College, London
A. David Edwards FRCPCH is Professor of Paediatrics and Neonatal Medicine and Director of the Centre for the Developing Brain, King's College London. He is also an Honorary Consultant Neonatologist at Evelina Children's Hospital, St Thomas's Hospital, London, UK.