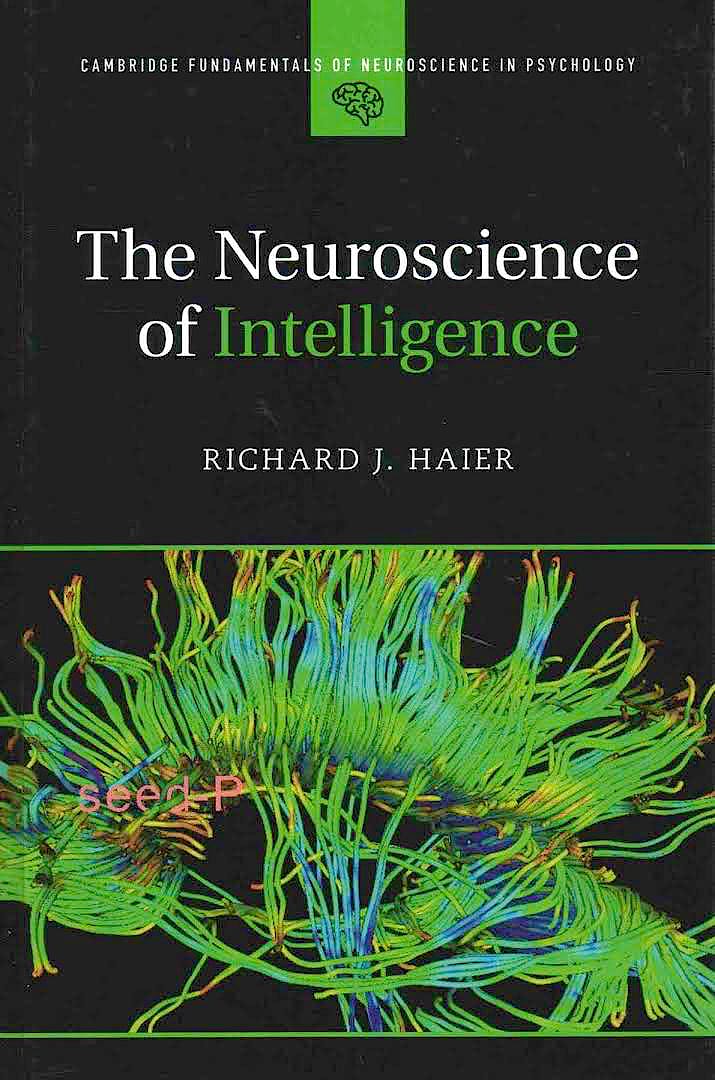 The Neuroscience of Intelligence

This book introduces new and provocative neuroscience research that advances our understanding of intelligence and the brain. Compelling evidence shows that genetics plays a more important role than environment as intelligence develops from childhood, and that intelligencetest scores correspond strongly to specific features of the brain assessed with neuroimaging. In understandable language, Richard J. Haier explains cutting-edge techniques based on genetics, DNA, and imaging of brain connectivity and function. He dispels common misconceptions, such as the belief that IQ tests are biased or meaningless, and debunks simple interventions alleged to increase intelligence. Readers will learn about the real possibility of dramatically enhancing intelligence based on neuroscience findings and the positive implications this could havefor education and social policy. The text also explores potential controversies surrounding neuro-poverty, neuro-socioeconomic status, and the morality of enhancing intelligence for everyone. Online resources, including additional visuals, animations, questions and links, reinforcethe material.

Richard J. Haier, University of California, Irvine
Richard J. Haier earned his PhD from The Johns Hopkins University and is Professor Emeritus at the University of California, Irvine. He pioneered the use of neuroimaging to study intelligence in 1988 and has given invited lectures at meetings sponsored by the National ScienceFoundation, the National Academy of Sciences, the Defense Advanced Research Projects Agency, the European Molecular Biology Organization, and Cold Spring Harbor Laboratory. In 2013, he created video lectures, 'The Intelligent Brain', for The Great Courses. In 2016, he served as President of the International Society for Intelligence Research and became Editor-in-Chief of Intelligence.