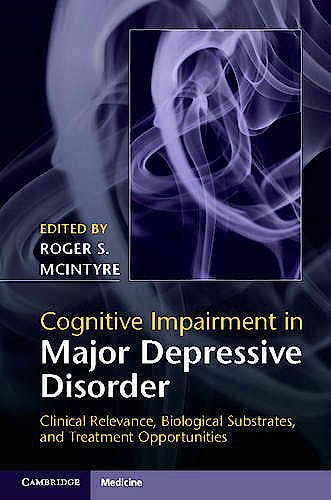 Major depressive disorder (MDD) is the leading cause of disability globally in both developed and developing nations. The staggering economic costs attributable to MDD are largely a consequence of impairment in role function. Evidence indicates that disturbance in the domain of cognitive function in individuals with MDD is the principal determinant of health outcome. This is the first book to comprehensively explore the domain of cognition in MDD. The literature describing cognitive dysfunction is reviewed with particular focus on clinical determinants, pathophysiology and causative factors. The patient subpopulations most susceptible are defined. A summary of contemporary assessment tools for research and clinical purposes is provided. Multimodality treatments and prevention strategies are described. This book is an invaluable resource for psychiatrists, neuropsychologists and other members of the mental health team, as well as for policy makers, vocation rehabilitation experts, disability providers and other stakeholders interested in improving health outcomes in MDD.