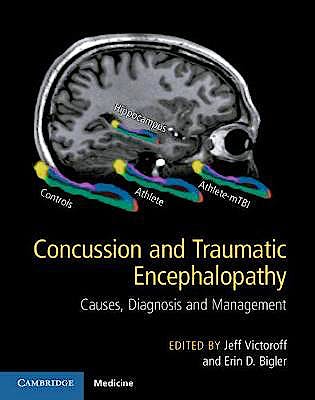 Concussion and Traumatic Encephalopathy is a ground breaking text that offers neurologists, neuropsychologists, psychologists, and physiatrists the first comprehensive reconceptualization of concussive brain injury in 100 years. During the twentieth century, progress in understanding concussion was hamstrung by resistance to the observation that many survivors suffer long-term sequelae, and by the lack of advanced neuroimaging technologies. As a result, the potentially immense impact of concussion on global health was largely overlooked. The last decade has witnessed a dramatic renaissance in concussion science. We are just beginning to fathom the implications for society. Informed by twenty-first century advances, this new text updates the definition, epidemiology, pathophysiology, late effects, and promising therapies for concussion. Multiple experts have collaborated to summarize the latest scientific evidence in an engaging way and provide the reader with the first paradigm shifting textbook of this new era.