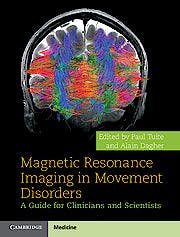 Magnetic Resonance Imaging in Movement Disorders. a Guide for Clinicians and Scientists

Magnetic Resonance Imaging in Movement Disorders is the first book to focus in detail on MRI in a range of movement disorders. Since MRI was first employed in imaging Parkinson's disease, the number of imaging techniques and their application in diagnosis and management has extended widely. The book shows various imaging strategies ranging from functional, structural and chemical methods as they relate to both motor and non-motor aspects of Parkinson's disease and other conditions such as Huntington's disease and dystonia. Chapters on MRI in surgery and using MRI as a potential outcome measure in clinical trials show the clinical relevance of methods. Novel methods including DTI, tractography and resting case studies are described in detail. The book also summarises the relevance of fMRI to various aspects of movement disorders. Magnetic Resonance Imaging in Movement Disorders is essential reading for neurologists, radiologists and movement disorder specialists.