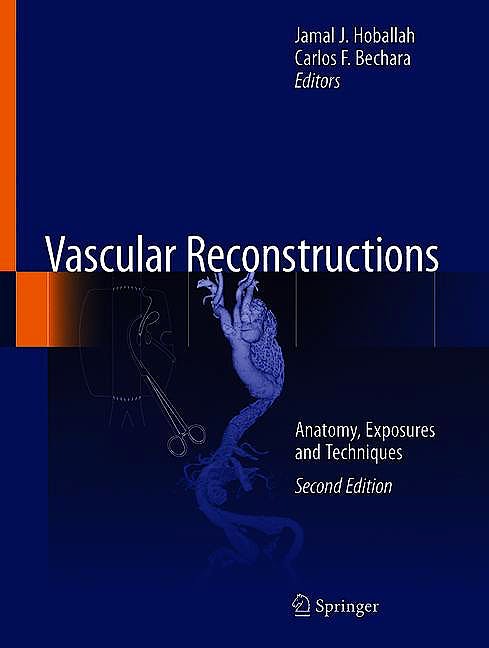 When the first edition of Vascular Reconstructions was published almost twenty years ago, endovascular surgery was still in its infancy. Endovascular approaches became the preferred initial intervention for many vascular pathologies resulting in a major decrease in open vascular surgical procedures. In order to build upon changes in the management of vascular pathology over the past two decades, this second edition of Vascular Reconstructions was conceived. The first part starts with a review of commonly used vascular instruments and an overview of grafts and sutures used in vascular reconstructions. A detailed chapter on vascular anatomy and exposures is provided to serve as a quick reference before starting a vascular procedure. The remaining chapters in the first part of this book review the basic steps usually performed before and after constructing a vascular anastomosis in addition to thrombectomy and endarterectomy. The second part of this book focuses on the various methods used to conduct a vascular reconstruction, which include primary closure, closure with a patch angioplasty, end-to-end, end-to-side, and side- to-side anastomoses. The various possible modifications used are outlined. The third part of this book reviews the various adjunctive methods used when constructing the proximal or distal anastomoses of an infrainguinal bypass. The fourth part of the book reviews the various modifications that are carried out when constructing the proximal and distal anastomoses of an aortic occlusive or aneurysmal pathology. The vascular anastomoses workshop that inspired the conception of this book is included as an appendix. The fifth part focuses on endovascular therapy and imaging.

Vascular Reconstructions: Anatomy, Exposures, and Techniques 2nd Edition aims to make the vascular rotation a pleasant experience for surgical residents, the vascular faculty, recent graduates embarking on conducting vascular reconstructions independently, and healthcare providers who wish to be familiar with the various steps involved in conducting of a vascular procedure.