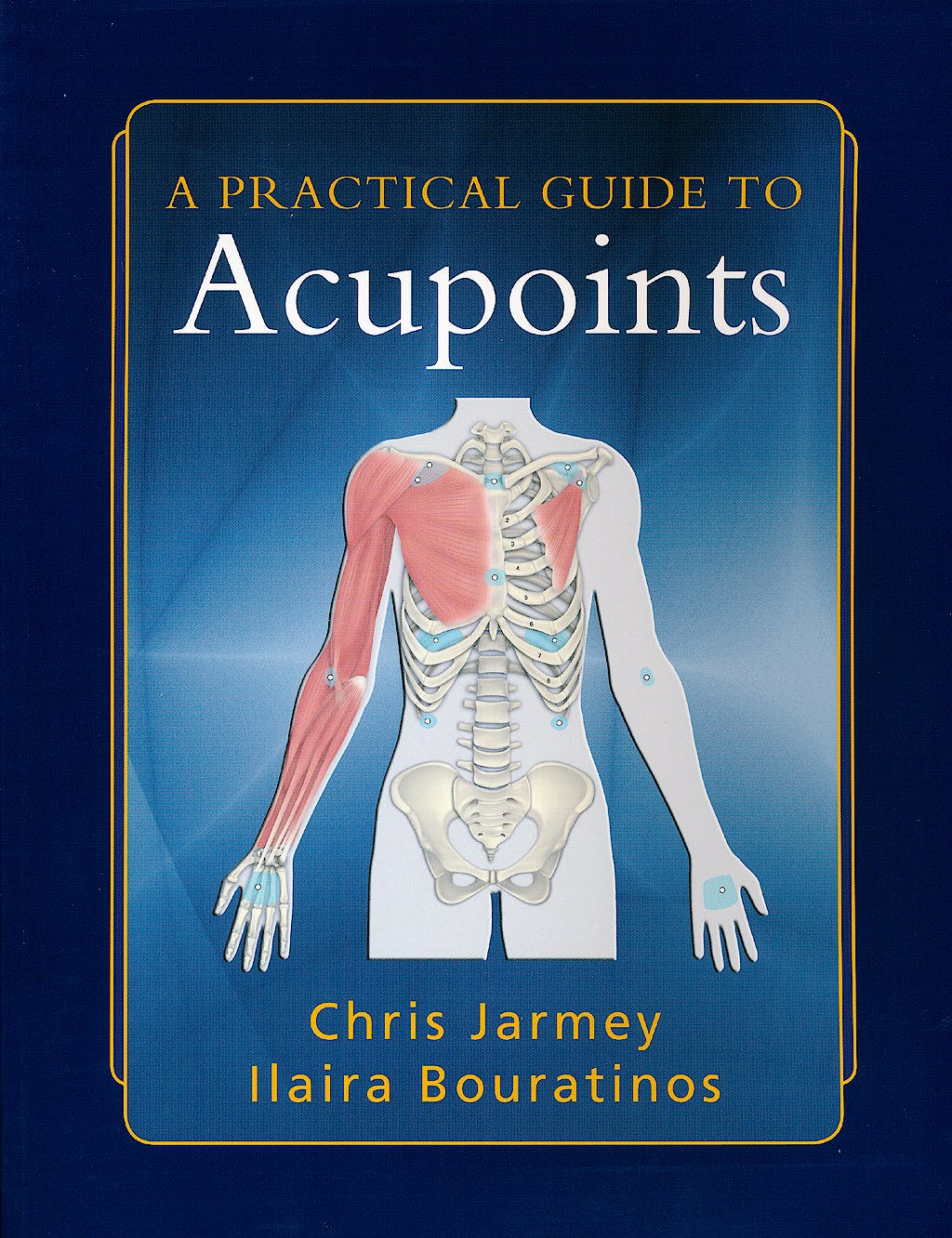 A Practical Guide to Acupoints

This book is an exceptionally well-illustrated guide to the location and properties of acu-points. Whereas most good books on the subject give needle depth and other useful information for the acupuncturist, this book uniquely provides additional information for bodyworkers such as Shiatsu and Tuina therapists. For example, in keeping with normal practice, the location of a point is given as a precise anatomical location and illustrated with a dot, along with alternative locations where relevant. However, this book goes further by delineating the larger area where the point can be activated by pressure, gua sha and other means. In addition, the optimum position for treatment via acupuncture, acupressure and other treatment strategies is given, as treatment positions can vary according to the method of point stimulation. The distribution of sensation resulting from point stimulation is also documented, and differentiated between pressure and needle application where appropriate.

This book is produced with the student and conscientious practitioner in mind, with a great deal of care and research into accuracy being achieved. Hence, we expect it to become a landmark text. The price has been kept to a minimum without compromising on any aspect of its quality and production, to ensure its accessibility to students.

Chris Jarmey, M.C.S.P., D.S., M.R.S.S., qualified as a Chartered Physiotherapist in 1979 after working for several years as a Shiatsu Therapist. Shortly after that he studied acupuncture and osteopathy, and founded The European Shiatsu School in 1985. He is the author of several best-selling books, including The Concise Book of Muscles, The Atlas of Musculo-skeletal Anatomy and The Theory and Practice of Taiji Qigong, all published by Lotus Publishing and North Atlantic Books. He is also the author of Shiatsu: The Complete Guide, the main reference book for shiatsu students and therapists.

Ilaira Bouratinos, Dip.Ac., D.S., is Principal of both the European Institute of Oriental Medicine (EIOM) which she established in 1998, and the Greek branch of the European Shiatsu School (ESS), which she established in 1994. In these schools she teaches Oriental Medical Theory, Acupuncture, Shiatsu and a variety of different bodywork methods including massage, sotai and qigong. Ilaira has gathered extensive experience integrating living anatomy with the application of bodywork and acupuncture techniques. She contributed a major section within the second edition of the book, Shiatsu: The Complete Guide, Thorsons (1997).

Ilaira qualified in shiatsu with the European Shiatsu School, and received her diploma in Acupuncture from the London School of Acupuncture and Traditional Chinese Medicine in the early 1990's. She has also studied Chinese Herbal Medicine and a variety of bodywork, exercise and self- development methods since a young age. She teaches in Greece and the UK, and runs a busy practice in Athens where she combines bodywork and corrective exercise with acupuncture.

“There are some excellent books on Acupuncture point location and function available, however, no Acupuncturist or Shiatsu practitioner should be without this book. It is a fantastic contribution to the profession and it is destined to be a classic. Aesthetically, this is a beautiful book, each Channel section is colour-coded according to the 5-Elements allowing for quick and easy location of the relevant section and the illustrations are particularly outstanding. The illustrations are similar to those in the author's anatomy books and clearly show the point location in relation to the underlying structures. Each point is not only shown as a dot, which is the usual format within such books, but quite uniquely by an additional broader area (marked with grey shading) that shows the area where the point can be activated by pressure.

“Anyone involved in studying, using or teaching anything concerning acu-points should have this book. It is particularly clear and easy to reference, with aesthetically beautiful illustrations throughout. In fact the book is a piece of art in its own right, which is arguably unimportant, as it is the information that counts. However, as it has the most comprehensive information on points that I have come across, its attractiveness as an item is just an added bonus. "

The main body of the book deals with acu-points on the twelve primary channels plus those on the Ren Mai, Du Mai and Extra Points. There are many books around that do that, but this book has an edge insofar as it gives a greater amount of useful practical information about what to do with any given acu-point. Most of the other such books are aimed squarely at the acupuncture practitioner's need to know where and how to needle and moxa each point. This book does all of that to at least the level of any other text I have read, but goes further by mentioning stimulation sensation, relevant manual techniques such as shiatsu, magnets, cupping, and even guasha (scraping) where relevant. Furthermore, the illustrations for each point not only highlight the location of the point for the purpose of needling it, but include an extended area of shading which denotes the area that acupressure can influence that point. Note also that in both the text and the illustrations, anatomical detail is far superior to that so far published.

Finally, out of the three most graphic and user-friendly comprehensive books on this subject (A Manual of Acupuncture, The Seirin Pictorial Atlas of Acupuncture, and A Practical Guide to Acu-points), this book is arguably the most useful, yet sells at one-third of the price!” George Dellar MBRCP Lic. Ac. MRSS(T) DS