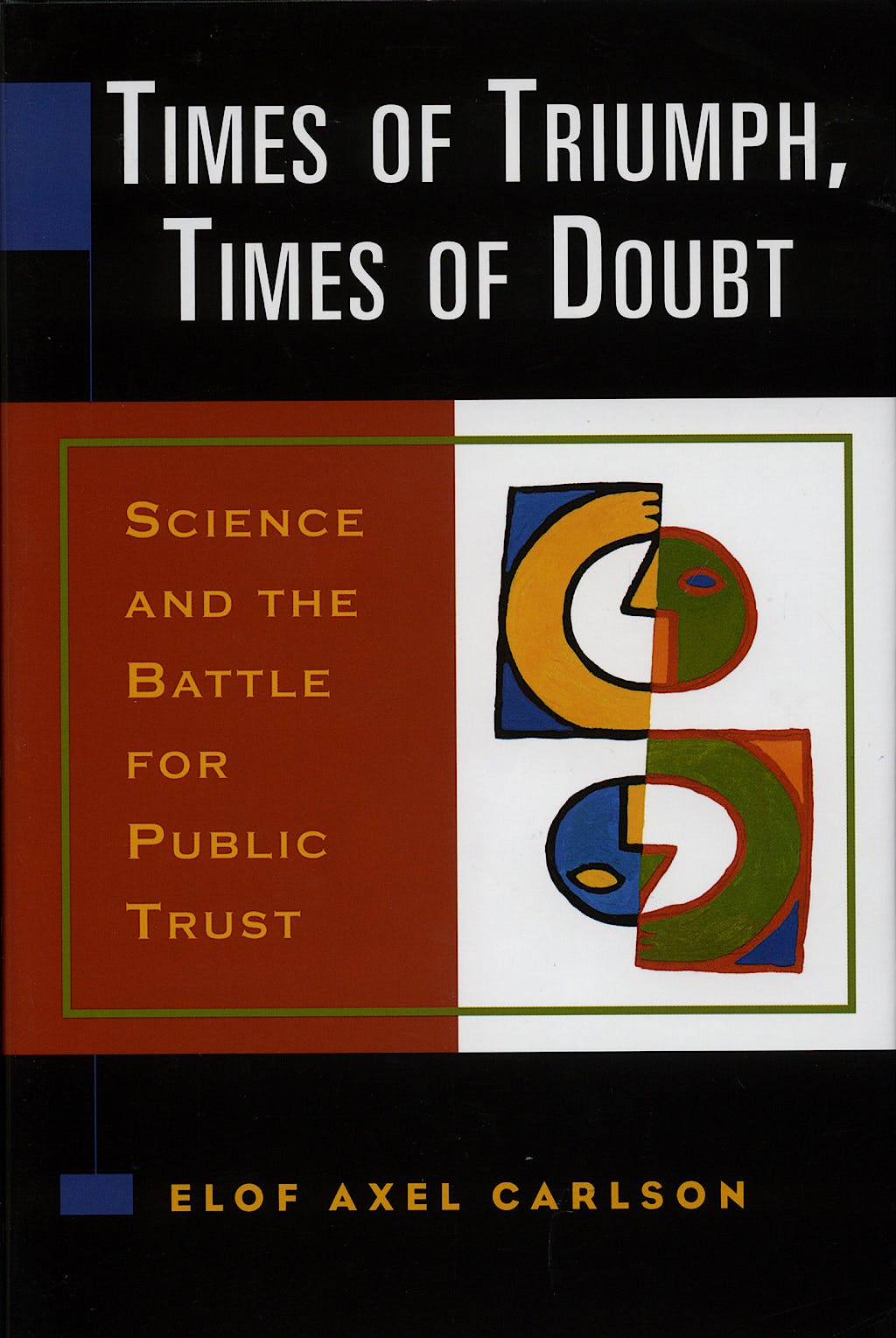 Times of Triumph, times of Doubt. Science and the Battle for Public

genética
The intent and uses of science are a continuing preoccupation, especially in public debates on issues such as new pharmaceuticals, cloning, stem cells, genetically modified foods, and assisted reproduction. Times of Triumph, Times of Doubt, written by the eminent geneticist and historian Elof Carlson, explores the moral foundations of science and their role in these hot–button issues. Carlson chooses a variety of case histories and describes their scientific background and the part played by scientists in the application of their work, including their motivations and reactions to bad outcomes, both real and alleged. He examines why ethical lapses have occurred in these areas, why bad things happen when, for the most part, those who worked on the science had only good intentions in mind, and how such lapses can be prevented from occurring in the future. This exploration of ethics and science is important reading for those interested in issues of science and society, including journalists, theologians, legislators, lawyers, and scientists themselves.

PART 1: THE DIVERSE MORAL AND ETHICAL FOUNDATIONS OF BASIC AND APPLIED SCIENCE
1. Why Science Is Sometimes Perceived as Evil
2. The Tools of Judgment: Ethics and Moral Traditions

PART 2: THE ROLE OF THE STATE IN SHAPING SCIENCE
3. Evil at Its Worst: Nazi Medicine and Biology
4. The Banality of Evil: The Careers of Charles Davenport and Harry Laughlin
5. Heroes with Feet of Clay: Francis Galton and Harry Clay Sharp

PART 3: WARTIME AND THE THREAT OF WAR AS JUSTIFICATION FOR SUSPENDING ETHICAL AND MORAL BEHAVIOR BY SCIENTISTS
6. Radiation in Peace and War
7. Herbicides in Peace and War

PART 4: REGULATION OF SCIENCE TO PROTECT INDIVIDUAL AND PUBLIC HEALTH
8. Thalidomide—Corporate Misconduct Masquerading as an Act of God
9. A Synthetic Estrogen with Harmful Outcomes

PART 5: THE NECESSITY OF REGULATION TO PROTECT THE ENVIRONMENT
10. Pesticides and the Environmental Movement
11. Genetically Modified Foods—As Usual

PART 6: BASIC AND APPLIED RESEARCH IN MEDICINE
12. Medical Deception and Syphilis
13. Prenatal Diagnosis and an Alleged Eugenics through the Back Door
14. Cloning, Stem Cells, Hyperbole, and Cant
15. Assisted Reproduction and the Argument of Playing God