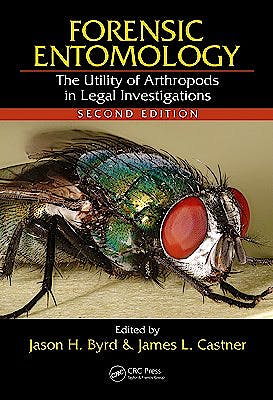 Forensic Entomology. The Utility of Arthropods in Legal Investigations

Insects and other arthropods found at a death scene can provide corroborating evidence regarding both the time and place of death as well as possible antimortem and postmortem treatment of the victim. Nevertheless, most forensic investigators are not specially trained in entomology, and until now, no entomology reference has fully explored these subjects. Forensic Entomology: The Utility of Arthropods in Legal Investigations usurps this void, instructing even individuals without a background in entomology on what to search for when recovering entomological evidence at a crime scene.

"forensic entomology in criminal investigations, there is much of interest for the more general reader, whether entomologist, pathologist or general physician. …well organized and produced…Moreover, it is, given CRC's reputation for expensive books, surprisingly good value for money." - -Annals of Tropical Medicine & Parasitology, Vol. 95, No. 6, 637-640 (2001)