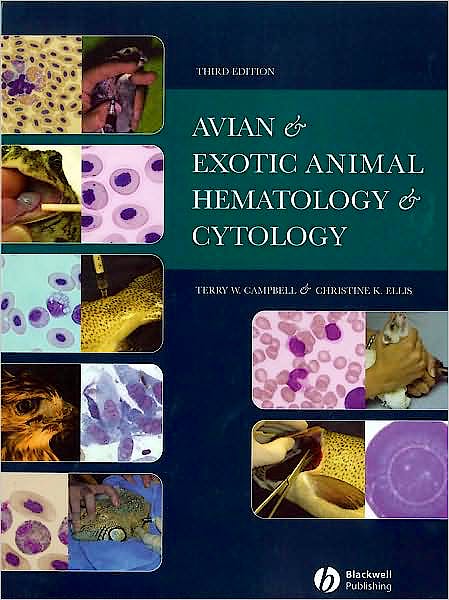 This is the long-awaited revision and expansion of Avian Hematology and Cytology, 2nd Edition. This new book builds on the avian foundation of Campbell’s earlier work and has grown to include coverage of several other important exotic animal groups including small mammals, reptiles, fish, and amphibians. This is the must-have hematologic and cytologic reference for all veterinarians and researchers working with avian and exotic animals.

Appendix A: Stains and Solutions Used in Hematology and Cytology.
Appendix B: Hematologic Values.
References