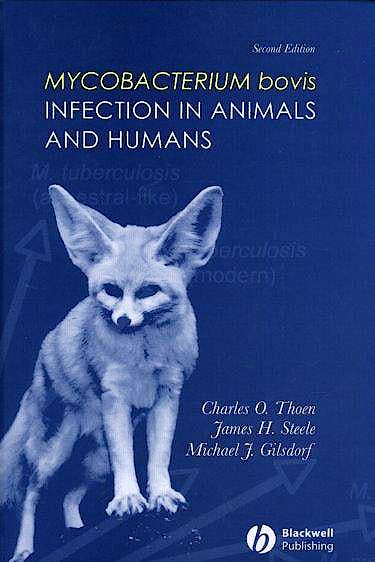 Written by tuberculosis specialists from around the world, Mycobacterium Bovis Infection in Animals and Humans, Second Edition remains the most comprehensive collection of timely information regarding Mycobacterium bovis in any single source.

This international reference includes the most current information on mechanisms of virulence of tubercle bacilli and immunologic and biochemical responses of the host involved in resistance. The book includes information on the diagnosis and application of the latest molecular techniques in epidemiologic investigations. Included are chapters on the economic impact of outbreaks of M. bovis in alternate species on control programs in domestic animals. There are also contributions by representatives of the International Union Against Tuberculosis and Lung Disease, PAHO of the World Health Organization, The Centers for Disease Control, and The University of Texas Health Center.

This excellent reference is an invaluable aid to clinicians dealing directly with tuberculosis, as well as to government regulatory personnel, professional and graduate students, and instructors in basic and allied health sciences.