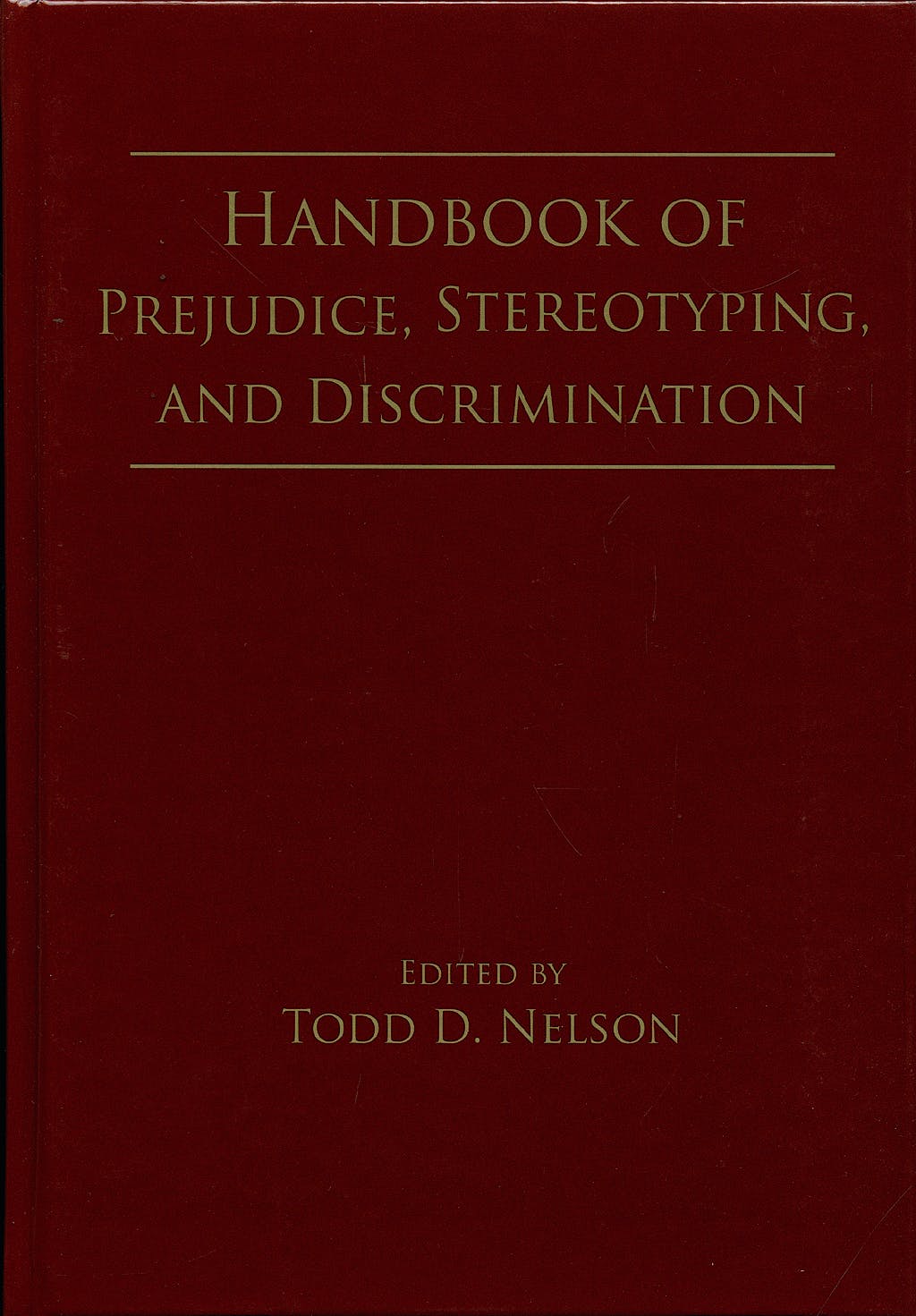 Handbook of Prejudice, Stereotyping, and Discrimination

This Handbook provides a uniquely comprehensive and scholarly overview of the latest research on prejudice, stereotyping, and discrimination.

All chapters are written by eminent prejudice researchers who explore key topics, by presenting an overview of current research and, where appropriate, developing new theory, models, or scales.

The volume is clearly structured, with a broad section on cognitive, affective, and neurological processes, followed by chapters on some of the main target groups of prejudice – based on race, sex, age, sexual orientation, and weight. A concluding section explores the issues involved in reducing prejudice. Chapters on the history of research in prejudice and future directions round off this state-of-the-art Handbook.

The volume will provide an essential resource for students, instructors, and researchers in social and personality psychology, and also be an invaluable reference for academics and professionals in the fields of sociology, communication studies, gerontology, nursing, medicine, as well as government and policymakers and social service agencies.