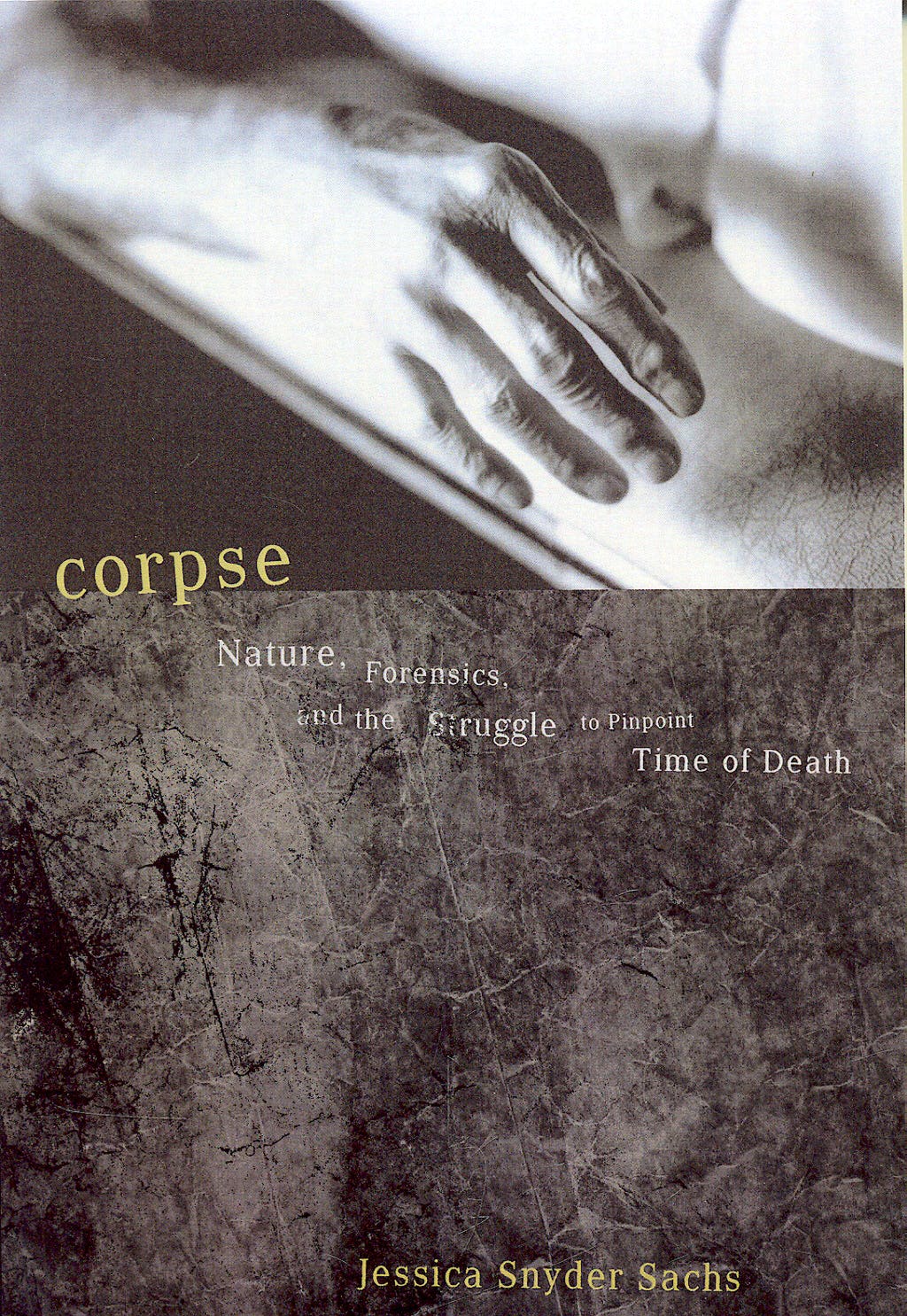 Corpse: Nature, Forensics and the Struggle to Pinpoint Time of Death

When detectives come upon a murder victim, there's one thing they want to know above all else: When did the victim die? The answer can narrow a group of suspects, make or break an alibi, even assign a name to an unidentified body. But outside the fictional world of murder mysteries, time-of-death determinations have remained infamously elusive, bedeviling criminal investigators throughout history. Armed with an array of high-tech devices and tests, the world's best forensic pathologists are doing their best to shift the balance, but as Jessica Snyder Sachs demonstrates so eloquently in Corpse, this is a case in which nature might just trump technology: Plants, chemicals, and insects found near the body are turning out to be the fiercest weapons in our crime-fighting arsenal. In this highly original book, Sachs accompanies an eccentric group of entomologists, anthropologists, biochemists, and botanists--a new kind of biological "Mod Squad"--on some of their grisliest, most intractable cases. She also takes us into the courtroom, where "post-O.J." forensic science as a whole is coming under fire and the new multidisciplinary art of forensic ecology is struggling to establish its credibility. Corpse is the fascinating story of the 2000year search to pinpoint time of death. It is also the terrible and beautiful story of what happens to our bodies when we die.