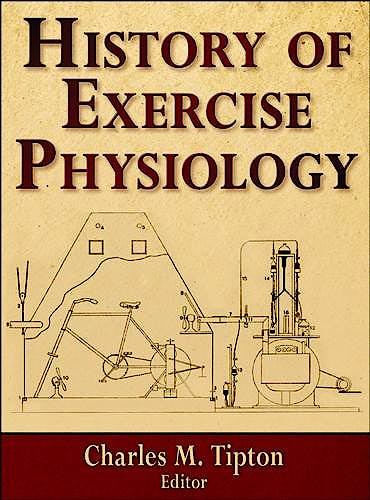 History of Exercise Physiology brings together leading authorities in the profession to present this first-of-its-kind resource that is certain to become an essential reference for exercise physiology researchers and practitioners. The contributing authors were selected based on their significant contributions to the field, including many examples in which they were part of seminal research. The result of this vast undertaking is the most comprehensive resource on exercise physiology research ever compiled.

Exercise physiology research is ongoing, and its knowledge base is stronger than ever. But today’s scholars owe much of their success to their predecessors. The contributors to this book believe it is essential for exercise physiologists to understand the past when approaching the future, and they have compiled this reference to aid in that process. The text includes the following features:

Well illustrated with figures and photos, History of Exercise Physiology helps readers understand the research findings and meet the most prominent professionals in the field. From studying great thinkers of antiquity and cutting-edge work done by pioneers at research institutions, to exploring the inner workings of all the body’s systems, researchers will gain a precise understanding of what happens when human bodies move—and who influenced and furthered that understanding.

Part I: Antiquity, Early Laboratories, and Entering the 21st Century

Chapter 1. Antiquity to the Early Years of the 20th Century
Charles M. Tipton

Chapter 18. Metabolic Systems: The Formation and Utilization of Lactate
George A. Brooks

Index
About the Editor

Professor Tipton taught physiology and exercise physiology courses to undergraduate, graduate, medical, and professional students at the University of Iowa and the University of Arizona and mentored 21 PhD students at these locations. He has written, coauthored, or edited six books, 33 chapters and proceedings, and approximately 18 articles. In addition, he served as editor in chief of Medicine and Science in Sports and Exercise and was an associate editor of the Journal of Applied Physiology for nearly a decade. He has been both member and chair of select National Institutes of Health (NIH) study sections and of several American College of Sports Medicine (ACSM) research committees. A past president of ACSM, Professor Tipton has been appointed to many microgravity advisory committees that include the NASA Review Panel on Space Medicine and Countermeasures, the External Advisory Committee for the National Space Biomedical Research Institute (NSBRI), and the Congress-directed National Research Council Steering Committee on Recapturing a Future for Space Exploration. For his research and professional endeavors, he received Honor Awards from the ACSM and from the Environmental and Exercise Physiology Section of the American Physiological Society. Fellow Tipton also received the Clark W. Hetherington Award from the National Kinesiology Academy.