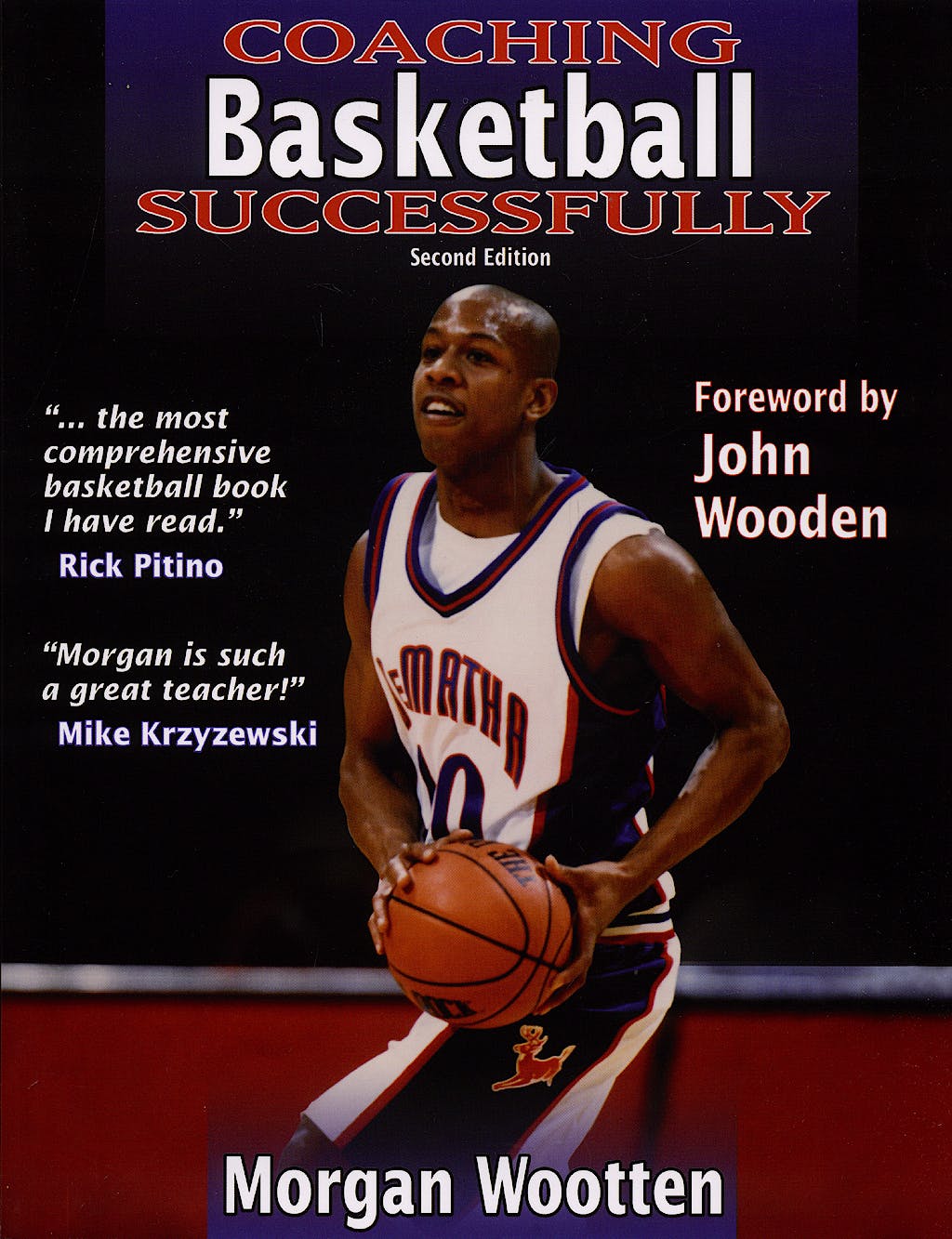 Post more victories this season and every season with advice from high school basketball’s ultimate winner!

In Coaching Basketball Successfully Morgan Wootten shares his full arsenal of coaching wisdom on topics ranging from player communication and motivation to Xs and Os. The new material on zone offense, quick-hitting plays off the secondary break, man-to-man and trapping defenses, and situational in-bounds plays is sure to make this second edition even more popular than the original work (which sold more than 75,000 copies). This latest edition includes guidelines for physical conditioning, recommendations for job interviewing, advice on conducting summer camps, and a master plan for handling game situations. And sprinkled throughout the book are many of Wootten’s “thought for the day” phrases the coach has found especially effective in motivating and communicating important lessons to athletes.

Now, in Coaching Basketball Successfully, Wootten shares the wealth of knowledge that produced a .869 winning percentage, 5 national championships, a National Basketball Hall of Fame induction, and hundreds of high-achieving student-athletes.

Just as Wootten is considered the best high school basketball coach, legendary UCLA coach John Wooden is considered the best college basketball coach. So when Wooden states that Wootten’s “Coaching Basketball Successfully is as fine a teaching aid on the development of a high school team and program as I have ever read,” he speaks with authority on the quality and appeal of this book.

This edition of Coaching Basketball Successfully proves that you can improve on a classic. With expanded offensive and defensive tactics and new personal insights from one of the game’s greatest coaches ever, this book is sure to be a winner for many years to come.

Morgan Wootten compiled a remarkable 1,274-192 (.869) record in his 46-year career at DeMatha High School in Hyattsville, Maryland. Under Wootten, DeMatha won legendary national championships in 1962, 1965, 1968, and 1984. In 1984, USA Today named Wootten the National Coach of the Year. His teams recorded 44 consecutive seasons with at least 20 wins and won 33 Catholic League championships. Most impressive, DeMatha has finished the season ranked number 1 in the Washington, DC, area 20 times in the last 33 years.

Wooten first put DeMatha on the national map of high school basketball in 1965 when his team broke the 71-game winning streak of Lew Alcindor’s Power Memorial (New York) club. More than 160 of Wootten’s former players have played college basketball, and a dozen have played in the NBA, including Adrian Dantley and Danny Ferry. More than 20 of his former coaches or players are now coaching on the high school, collegiate, or professional level. Wootten was inducted into the Naismith National Basketball Hall of Fame in 2000. He retired in November 2002.

Wootten is regarded as one of the best teachers in the history of the game. Coaches throughout the world have read his books, watched his videotapes, and sat spellbound through his clinics for many years. He and his wife, Kathy, reside in Hyattsville. In his spare time, he enjoys reading, golfing, and traveling.

"This is the most comprehensive basketball book that I have read. Coach Wootten covers every aspect of establishing and maintaining a successful basketball program and reveals the essential elements of his phenomenal success."
Rick Pitino - University of Louisville

"Morgan is such a great teacher. He has always amazed me with his ability to organize and teach."
Mike Krzyzewski - Head basketball coach, Duke University

"Morgan Wootten has made a tremendous contribution to the coaching profession through his book Coaching Basketball Successfully. A must-read book for many years to come."
Lute Olson - University of Arizona

"All of us in the coaching professions should be grateful that Morgan Wootten made his tremendous experience available to us in this book."
Bob Knight - Head basketball coach, Texas Tech University

From Scholastic Coach & Athletic Director
"The Great One (Wootten) retired a few years ago, but his truth goes marching on.

From Powerbasketball.com
"If you are looking to further your knowledge from one of the greatest coaches to ever coach the game, this is awesome. Coach Wooten’s philosophy on the game of basketball is wonderful. His ability to teach players and make his teams great was incredible. There is more inside this book than I expected.