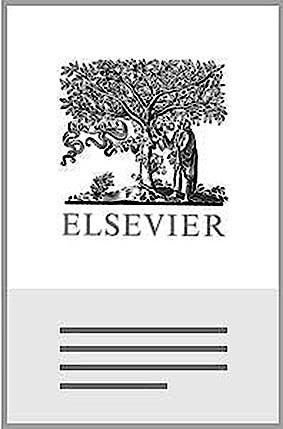 Indirect Restorations in the Cosmetic Zone (Essentials in Cosmetic Dentistry)

Forming part of a new series of dental books from Elsevier - Essentials in Esthetic Dentistry ¬- each volume contains state-of-the-art information on key elements of cosmetic dental practice accompanied by an educational DVD.

Dr Calamia has taught restorative dentistry and dental material science at NYU Dental Center for 27 years and is recognized both nationally and internationally as co-developer of Etched Porcelain Laminate Veneer Technology. Dr Calamia’s research, articles, and presentations on porcelain etching and silane coupling agents led to his placement of the earliest recorded Etched Bonded Porcelain Veneers in October of 1982 and these restorations are still successful 25 years later. He is very active in research, teaching, and private practice and he describes this combination as the perfect marriage within the profession.

Dr Calamia has been a member of AACD since 2000, and was a member of the AACD Board of Directors, University Member from April 2003 to May 2007. During these two consecutive terms he served on numerous committees and had great interest in International Membership in AACD and the AACD University Advisory Council. Serving as the Chairman of the latter from 2004-2006 he oversaw the growth in this council to 44 schools. He currently is a volunteer on four AACD committees, (International Relations, University Relations, Credentialing, and Vice Chair, Protecting the Credential).Dr Calamia has been a member of the American Dental Association since 1979 and is a member of the American and International Associations of Dental Research. He has attained Fellowship in the Academy of General Dentistry and American College of Dentists. With over forty scientific articles published and more than one hundred presentations in the US as well as 15 foreign countries, Dr. Calamia is a recognized expert in Etched Porcelain Veneer Restorations and Esthetic Dentistry.

Dr. Pascal Magne graduated from the University of Geneva Dental School, Switzerland, in 1989 with a Med. Dent. and obtained his Ph.D. degree in 2002. He received postgraduate training in fixed prosthodontics and occlusion, operative dentistry and endodontics, and was a lecturer at the same university beginning in 1989 until 1997. From 1997-1999, he was a Visiting Associate Professor at the Minnesota Dental Research Center for Biomaterials and Biomechanics, University of Minnesota, School of Dentistry. After concluding two years of research, Dr. Magne returned to University of Geneva Dental School and assumed the position of Senior Lecturer in the Division of Fixed Prosthodontics and Occlusion until his departure for USCSD.

Dr. Magne is a recipient of multiple awards from the Swiss Science Foundation, the Swiss Foundation for Medical-Biological Grants, and was the recipient of the 2002 Young Investigator Award from the International Association for Dental Research. He is also the author of numerous clinical and research articles on esthetics and adhesive dentistry and is an internationally known lecturer on these topics.

Dr Gurel has been practicing in his own clinic in Istanbul, specializing in Aesthetic Dentistry, since 1984. A renowned sportsman, Dr. Gurel has been the Captain of the Turkish National Team of Water Polo many times as well as being the World Champion of the Camel Trophy and a participant of the Paris-Dakar Rally.

Brian Millar is an experienced teacher of undergraduates and postgraduates and well-known provider of postgraduate education internationally at conferences through lectures, seminars, webinars and hands-on courses.

As a Full Professor at King’s College London and NHS Consultant in Restorative Dentistry at the King’s College London Dental Institute at Guy's, King's and St Thomas' Hospitals he is the Programme Director for the internationally popular MClinDent (Fixed & Removable Prosthodontics) degree programme with 120 postgraduate dentists. He designed and set up the successful MSc programme in Aesthetic Dentistry and also the MSc Advanced General Dental Practice at the KCL Dental Institute.

As a Specialist in Prosthodontics and in Restorative Dentistry with 35 years experience in both hospital and private practice, Professor Millar is particularly focussed on treating tooth wear, aesthetic and occlusal/TMD problems utilising non-invasive treatment where possible; he has also used ceramic veneers and tooth bleaching since 1983. Professor Millar has published over 150 papers, and supervised over 200 PhD and Masters students. His research includes management of occlusal problems using MI techniques, bringing together aesthetics and function with a focus on tooth preservation.

J. WILLIAM ROBBINS, D.D.S., M.A., obtained his dental degree from the University of Tennessee Dental School in l973. He completed a rotating internship at the Veterans Administration Hospital in Leavenworth, Kansas and a 2-year General Practice Residency at the V.A. Hospital in San Diego, California.