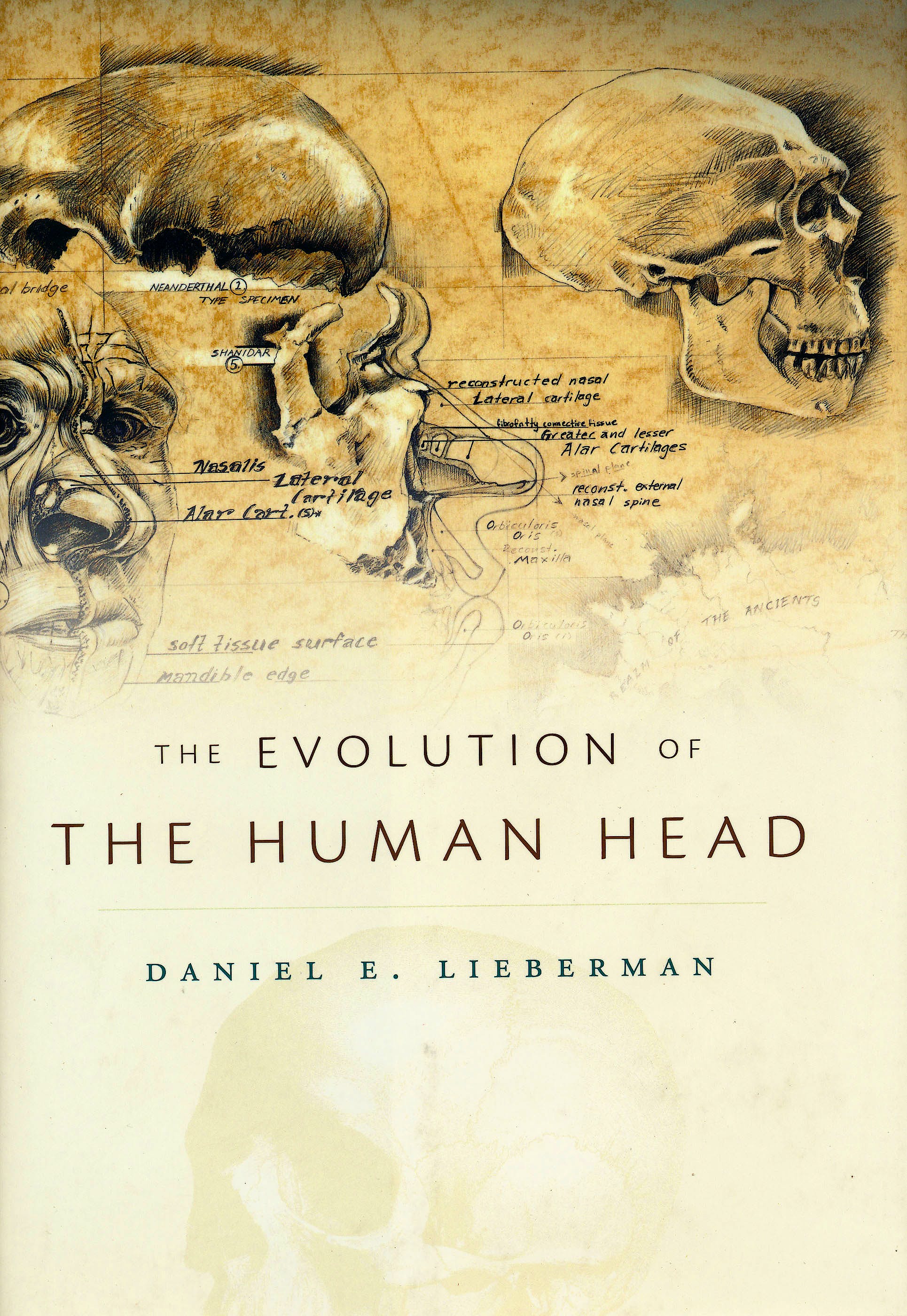 The Evolution of the Human Head

In one sense, human heads function much like those of other mammals. We use them to chew, smell, swallow, think, hear, and so on. But, in other respects, the human head is quite unusual. Unlike the heads of other animals, even our great ape cousins, our heads are short and wide, very big brained, snoutless, largely furless, and perched on a short, nearly vertical neck. Daniel E. Lieberman sets out to explain how the human head works, and why our heads evolved in this peculiarly human way.

Exhaustively researched and years in the making, this innovative book documents how the many components of the head function, how they evolved since we diverged from the apes, and how they interact in diverse ways both functionally and developmentally, causing them to be highly integrated. This integration not only permits the head’s many units to accommodate each other as they grow and work, but also facilitates evolutionary change. Lieberman shows how, when, and why the major transformations evident in the evolution of the human head occurred. The special way the head is integrated, Lieberman argues, made it possible for a few developmental shifts to have had widespread effects on craniofacial growth, yet still permit the head to function exquisitely.

This is the first book to explore in depth what happened in human evolution by integrating principles of development and functional morphology with the hominin fossil record. The Evolution of the Human Head will permanently change the study of human evolution and has widespread ramifications for thinking about other branches of evolutionary biology.