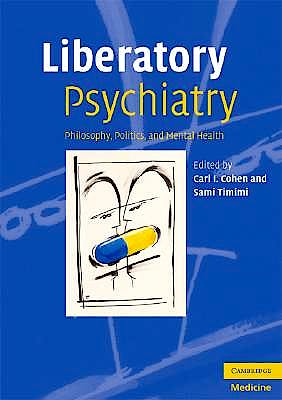 Cohen, CarlCAMBRIDGEENpsiquiatría
Psychiatry can help free persons from social, physical and psychological oppression, and it can assist persons to lead free self-directed lives. And, because social realities impact on mental well-being, psychiatry has a critical role to play in social struggles that further liberation. These are the basic foundations of liberatory psychiatry. In recent years, dramatic transformations in social and political structures worldwide have increased the problems of domination, alienation, consumerism, class, gender, religion, race and ethnicity. Confronting the psychological impact of these changes, and exploring new ideas to help develop the liberatory potential of psychiatry, this book should be read by mental health practitioners from the widest range of disciplines and those interested in social theory and political science.