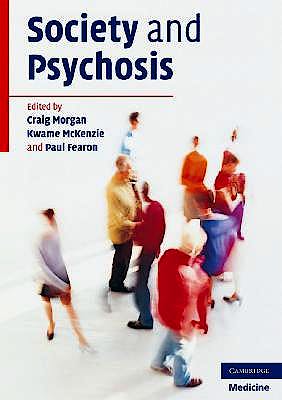 Morgan, C,CAMBRIDGEENpsicologíapsiquiatría
Psychiatry is in the process of rediscovering its roots. It seemed as if the long history of interest in the impact of society on the rates and course of serious mental illness had been forgotten, overtaken by the advances of neuroscience and genetics. However, as our knowledge of physiological and genetic processes improves it becomes increasingly clear that social conditions and experiences over the life course are crucial to achieving a full understanding. Old controversies are giving way to genuinely integrated models in which social, psychological and biological factors interact over time, culminating in the onset of psychosis. This book reviews these issues from an international perspective, laying the foundations for a new understanding of the psychotic disorders, with profound implications for health policy and clinical practice. It should be read by all members of the mental health team and those responsible for service organization and management.

• Provides a new integrated perspective on our understanding of serious mental illness • Includes detailed models linking social, biological and psychological factors • Describes the implications for both policy and practice