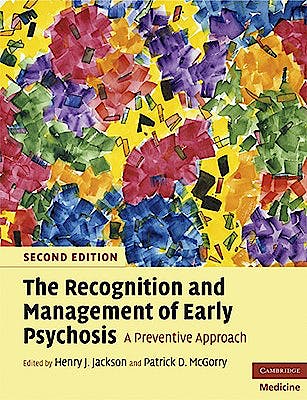 The Recognition and Management of Early Psychosis. A Preventive Approach

Psychotic illness is managed and treated with best results when it is recognized at the earliest stages of a person developing the disorder, or when that person is identified as being at high risk of doing so. Describing a stage-specific model highlighting the risk, the clinical and biological factors present during the development of the illness, and the best treatments available for each of these stages, this new edition will guide practitioners and researchers in the adoption of carefully planned management strategies fully integrating treatment with prevention. Issues such as resistance to drugs and vocational recovery are covered, with related topics such as service organization and community education. This will be essential reading for all those involved in the care of people with early psychotic illness, or those responsible for the organization of services.

• Fully comprehensive and international, covering causation, maintenance, disability and management • Presents a model to help understand the stages in the development of psychosis • Describes both treatment and prevention options