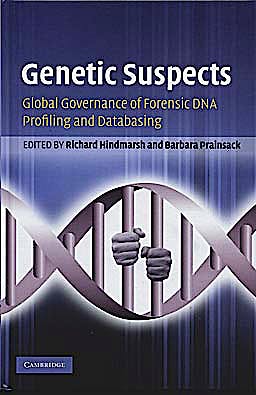 As DNA forensic profiling and databasing become established as key technologies in the toolbox of the forensic sciences, their expanding use raises important issues that promise to touch everyone's lives. In an authoritative global investigation of a diverse range of countries, including those at the forefront of these technologies' development and use, this book identifies and provides critical reflection upon the many issues of privacy; distributive justice; DNA information system ownership; biosurveillance; function creep; the reliability of collection, storage and analysis of DNA profiles; the possibility of transferring medical DNA information to forensics databases; and democratic involvement and transparency in governance, an emergent key theme. This book is timely and significant in providing the essential background and discussion of the ethical, legal and societal dimensions for academics, practitioners, public interest and criminal justice organisations, and students of the life sciences, law, politics, and sociology.

• Reflects the interdisciplinary nature of the subject with contributions from experts in wide-ranging fields, including law, politics, and science and technology studies • Case studies from around the world show how governance issues differ across cultures and what common patterns of global genomic governance can be discerned • Discusses the social, ethical and political issues surrounding this field, including human rights and liberties, highlighting unsolved governance issues while demonstrating the potential contribution of DNA technologies