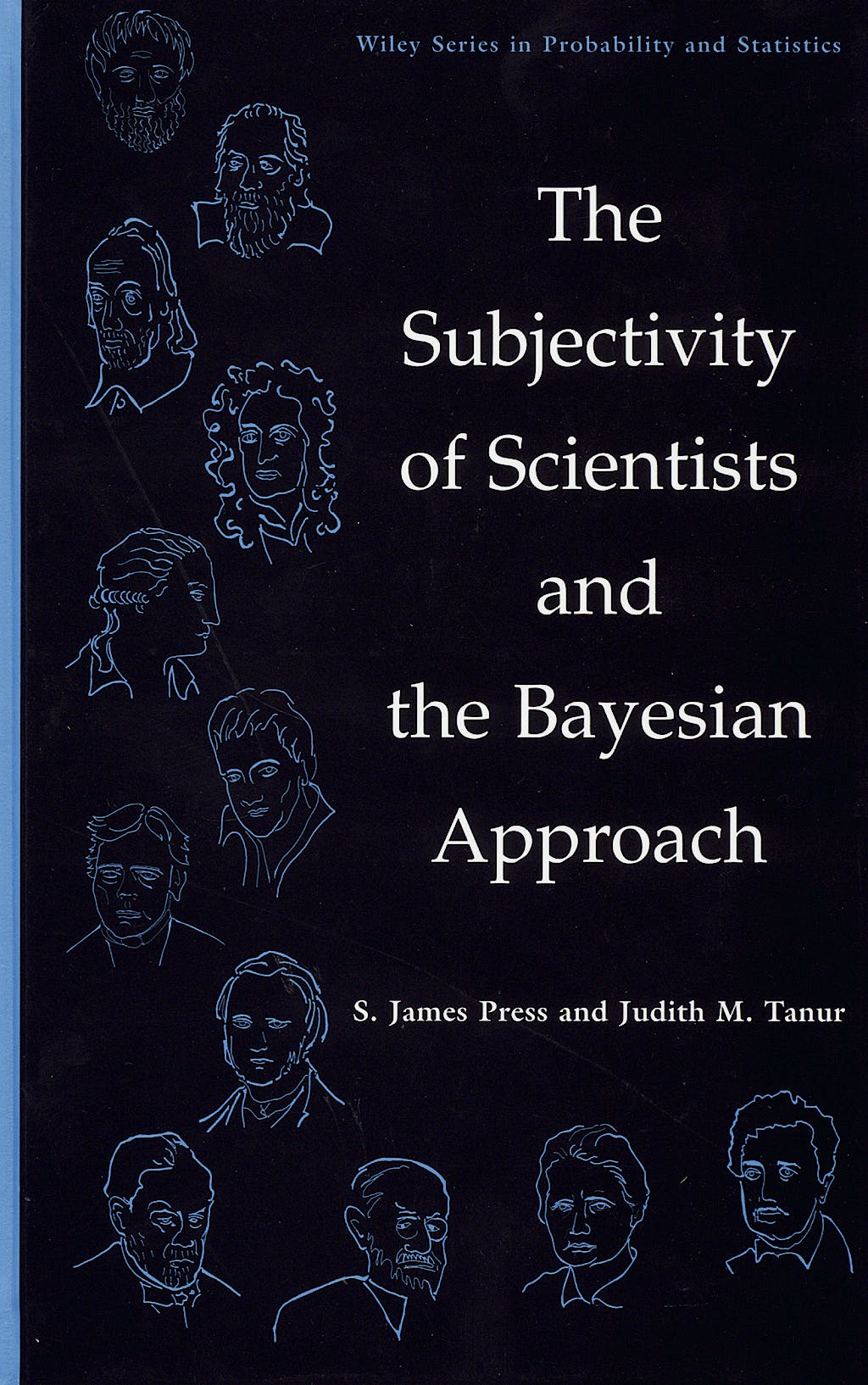 The Subjectivity of Scientists and the Bayesian Approach

Comparing and contrasting the reality of subjectivity in the work of history's great scientists and the modern Bayesian approach to statistical analysis.

Scientists and researchers are taught to analyze their data from an objective point of view, allowing the data to speak for themselves rather than assigning them meaning based on expectations or opinions. But scientists have never behaved fully objectively. Throughout history, some of our greatest scientific minds have relied on intuition, hunches, and personal beliefs to make sense of empirical data-and these subjective influences have often aided in humanity's greatest scientific achievements. The authors argue that subjectivity has not only played a significant role in the advancement of science, but that science will advance more rapidly if the modern methods of Bayesian statistical analysis replace some of the classical twentieth-century methods that have traditionally been taught.

To accomplish this goal, the authors examine the lives and work of history's great scientists and show that even the most successful have sometimes misrepresented findings or been influenced by their own preconceived notions of religion, metaphysics, and the occult, or the personal beliefs of their mentors. Contrary to popular belief, our greatest scientific thinkers approached their data with a combination of subjectivity and empiricism, and thus informally achieved what is more formally accomplished by the modern Bayesian approach to data analysis.

Yet we are still taught that science is purely objective. This innovative book dispels that myth using historical accounts and biographical sketches of more than a dozen great scientists, including Aristotle, Galileo Galilei, Johannes Kepler, William Harvey, Sir Isaac Newton, Antoine Levoisier, Alexander von Humboldt, Michael Faraday, Charles Darwin, Louis Pasteur, Gregor Mendel, Sigmund Freud, Marie Curie, Robert Millikan, Albert Einstein, Sir Cyril Burt, and Margaret Mead. Also included is a detailed treatment of the modern Bayesian approach to data analysis. Up-to-date references to the Bayesian theoretical and applied literature, as well as reference lists of the primary sources of the principal works of all the scientists discussed, round out this comprehensive treatment of the subject.
Readers will benefit from this cogent and enlightening view of the history of subjectivity in science and the authors' alternative vision of how the Bayesian approach should be used to further the cause of science and learning well into the twenty-first century.

Some Well-Known Stories of Extreme Subjectivity.

Subjectivity in Science in Modern Times: The Bayesian Approach.

Appendix: References by Field of Application for Bayesian Statistical Science.