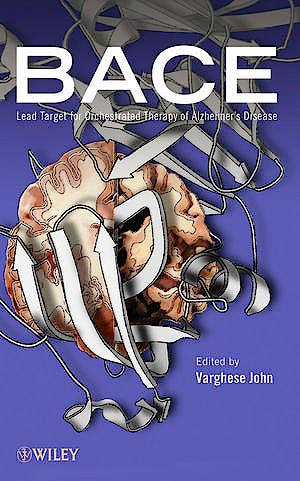 BACE inhibitors and their use in the treatment of Alzheimer's Disease

BACE (??-site of APP cleaving enzyme) is a critical component in Alzheimer's Disease (AD), and the development of BACE inhibitors shows great potential as a therapy for the disease. BACE: Lead Target for Orchestrated Therapy of Alzheimer's Disease covers virtually all aspects of BACE from initial identification, discovery of inhibitors, and challenges in clinical development, while providing a global understanding essential for productive and successful drug discovery.

This book details the story of the discovery of BACE and its role in AD and comprehensively discusses:

By enhancing the reader's understanding of the various aspects of the BACE drug-discovery process, this much-needed reference will serve as a key resource for all scientists involved in Alzheimer's research—and inspire new approaches to treatment of AD.

VARGHESE JOHN is Director of Alzheimer's Drug Discovery at the Buck Institute for Age Research. He is a chemist with many years of pharmaceutical industry experience in discovery and development of drugs for CNS diseases with a primary focus on Alzheimer's disease (AD). Dr. John has many publications and patents to his credit.