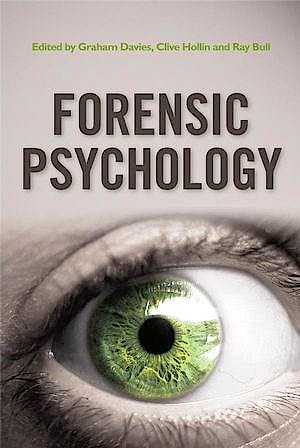 Forensic Psychology is written for undergraduate students of psychology and covers all the main topics in the forensic field, from the committing of the crime, through arrests, the trial process and what happens after sentencing. It is both broad enough to give a comprehensive coverage, and detailed enough to do justice to each aspect. Arranged in four parts, leading experts in the research field have commissioned experienced teachers to provide a teaching resource that is up to date and easy to use on courses.

Preface
Dedication.
About the Editors.
Introduction.

Part 1: The Anatomy of Crime.

Graham M. Davies is Professor Emeritus of Psychology at the University of Leicester, UK and holds honorary professorships at the universities of Birmingham and Coventry. His most recent book, edited with Mark Kebbell, is Practical Psychology for Forensic Investigations and Prosecutions (2006, John Wiley & Sons). He is editor of the journal Applied Cognitive Psychology. He has published extensively on eyewitness testimony in children and adults and the support of vulnerable witnesses at court and appears regularly as an expert witness. He is a former president of the Society for Applied Research in Memory and Cognition and of the European Association for Psychology and Law and he also sits as a Magistrate on the Melton, Belvoir and Rutland bench.

Clive R. Hollin is Professor of Criminological Psychology in the School of Psychology at the University of Leicester, UK. He wrote the best-selling textbook Psychology and Crime: An Introduction to Criminological Psychology (1989, Routledge). His most recent book, edited with Emma Palmer, is Offending Behaviour Programmes: Development, Application and Controversies (2006, John Wiley & Sons). He is co-editor of the journal Psychology, Crime & Law. Alongside his various university appointments, he has worked as a psychologist in prisons, special hospitals, and regional secure units. In 1998 he received the Senior Award for Distinguished Contribution to the Field of Legal, Criminological and Forensic Psychology from the British Psychological Society.

Ray Bull is Professor of Forensic Psychology at the University of Leicester. His most recent book, which he co-wrote with colleagues from the Forensic Group at Leicester, is Criminal Psychology: A Beginners' Guide (2007, One World). His main research interest lies in investigative interviewing, on which he has published extensively and presented invited lectures in many parts of the world and acts regularly as an expert witness. In 2005, he received the rare honour (for civilian) of a Commendation from the Metropolitan Police Service for "Innovation and professionalism whilst assisting a complex rape investigation which supported a successful prosecution". In 2006, Ray was invited by the Association of Chief Police Officers of England and Wales to be a member of eh Approval Pane for selecting regional interview advisors: experienced police officer who advise other son how to conduct interviews in serous cases.