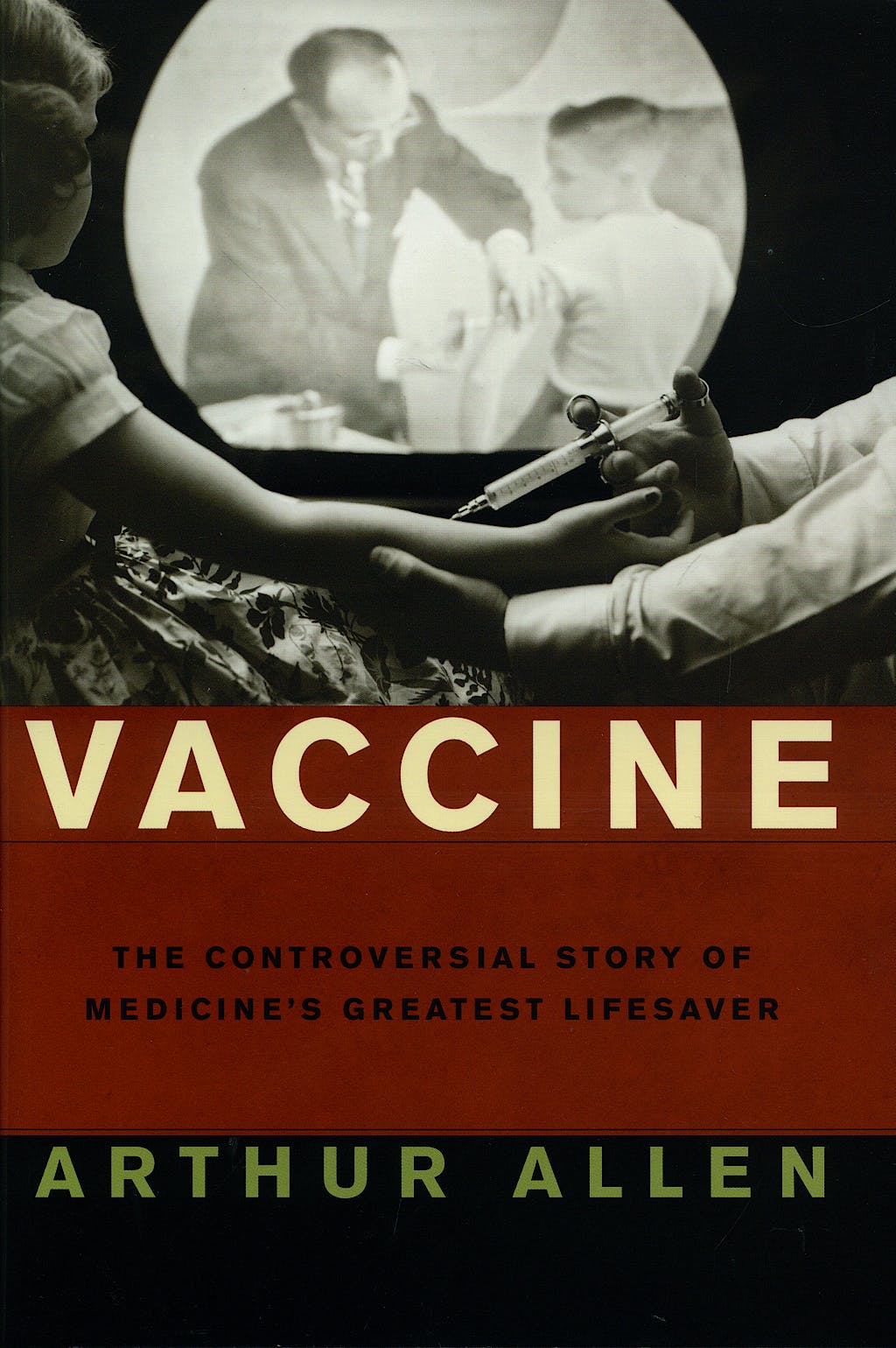 Vaccine juxtaposes the stories of brilliant scientists with the industry's struggle to produce safe, effective, and profitable vaccines. It focuses on the role of military and medical authority in the introduction of vaccines and looks at why some parents have resisted this authority. Political and social intrigue have often accompanied vaccination—from the divisive introduction of smallpox inoculation in colonial Boston to the 9,000 lawsuits recently filed by parents convinced that vaccines caused their children's autism. With narrative grace and investigative journalism, Arthur Allen reveals a history illuminated by hope and shrouded by controversy, and he sheds new light on changing notions of health, risk, and the common good. 16 pages of illustrations.

Arthur Allen is a Washington-based journalist who has written for the New York Times Magazine, The New Republic, the Washington Post, The Atlantic, and Salon. He writes Slate's "Risk" column.