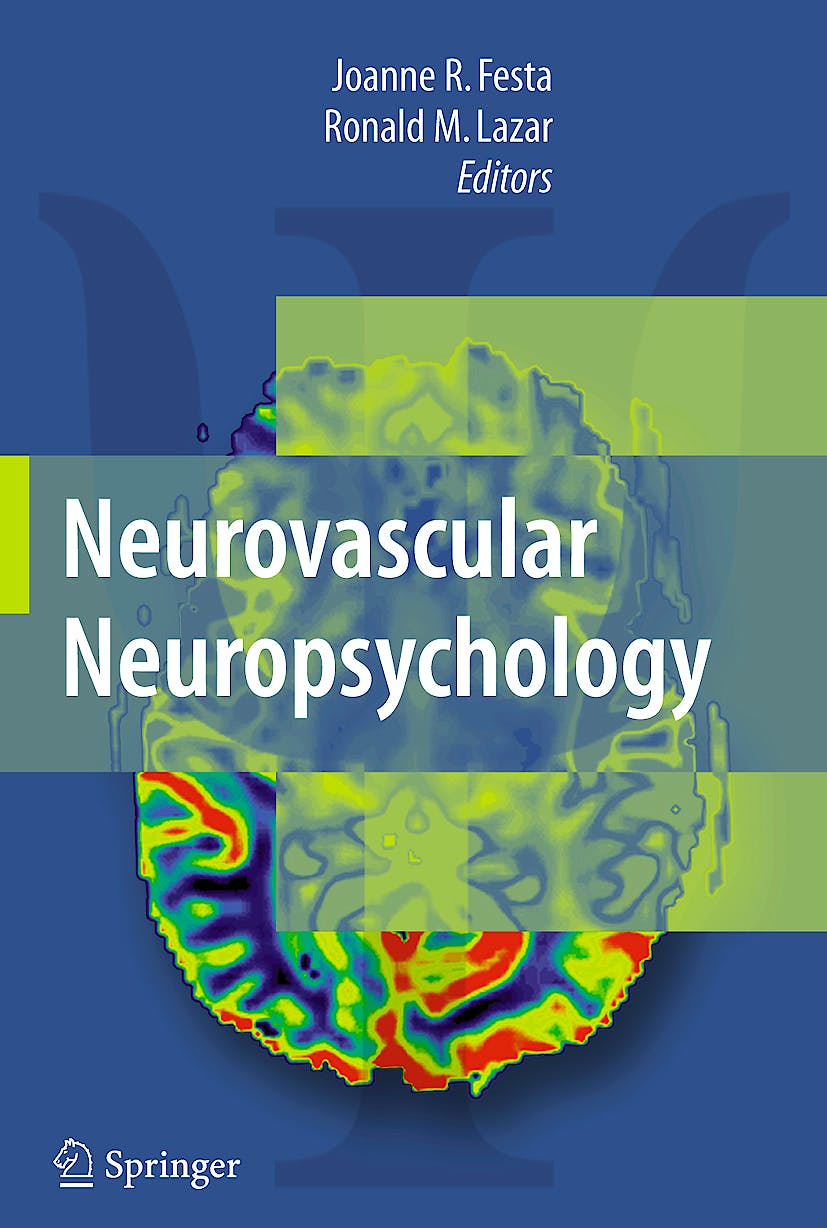 neurologíacirugía neurológica
About this book

-There is no recent text focusing on the cognitive syndromes associated with this range of neurovascular diseases and systemic causes of vascular-related cognitive changes.
-New medical technology (drugs and devices) has improved patient survival, so that matters of cognitive outcomes are more relevant than ever.
-There are an increasing number of patients being treated by healthcare professionals, including psychologists, who need a reference to consult on the nature of the neurophysical syndromes and the associated regions of brain injury.
-Future clinical trials involving these diseases and conditions will have to address neuropsychological functions as an aspect of primary and secondary outcome measures.

Neurovascular Neuropsychology offers a firm foundation for an emerging neuropsychological subspecialty that focuses on how cognition and behavior are affected by focal and diffuse cerebrovascular disease and systemic conditions. When cognitive impairment is caused by disruptions in blood flow and oxygenation, the presence of inflammation and immune factors, or the co-existence of cardiovascular risk factors, behavior can provide subtle but definite indicators of disease progression or therapeutic progress. This forward-looking volume examines intricate, causal links between brain function, vascular disorders and hemodynamic integrity in adults for a more nuanced understanding of neurovascular cognitive syndromes, their etiology, treatment, and recovery.

Chapter authors present the latest findings on neurocognitive deficits that emerge in diseases and disorders throughout the neurovascular system:

The body of knowledge presented in Neurovascular Neuropsychology will add a new dimension to decision-making in the clinical and research efforts of psychologists (both clinical and neuropsychologists), physicians (neurologists, neurosurgeons, vascular surgeons, cardiologists, physiatrists), and rehabilitation specialists such as speech-language pathologists and occupational therapists.