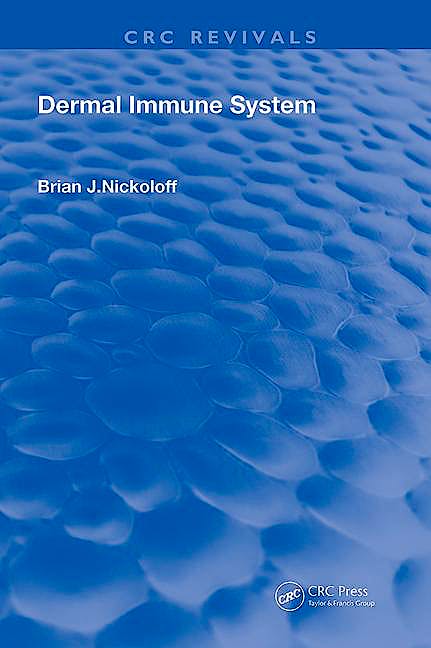 First published in 1992. Dermal Immune System discusses the structural and functional characterizations of the dermal immune system, including dermal dendritic cells, monocyte/macrophages, microvascular endothelial cells, pericytes, veil cells, fibroblasts, mast cells, dermal T lymphocytes, and peripheral nerve endings. This information is invaluable for gaining an understanding of how multicellular complex networks interface within the dermis and between the exogenous environment and endogenous milieu. Specific examples are provided that document the involvement of the dermal immune system in the pathophysiology of several skin diseases that result from perturbation of normal cutaneous homeostasis.

Dermal Immune System is an excellent reference volume that should always be close at hand for immunologists, cell biologists, investigative dermatologists, pathologists, and clinicians involved in the care of patients with skin disease.

Brian J. Nickoloff M.D., Ph.D., is an Associate Professor in the Departments of Pathology and Dermatology at the University of Michigan Medical School, Ann Arbor, Michigan. Dr. Nickoloff graduated in 1974 from Kalamazoo College with a B.S. degree in biology (cum laude) and obtained his M.D. degree in 1979 from Wayne State University, Detroit, followed by his Ph.D. degree in Biochemistry. After completing an internship in internal medicine at Harbor General Hospital-UCLA, he finished his anatomic pathology training at the Brigham and Womens Hospital-Harvard University, Boston. After a fellowship year in the Department of Dermatology at Stanford University, he stayed on and became the Director of Dermatopathology and an Assistant Professor of Dermatology and Pathology until 1986. In 1987, he relocated to Ann Arbor and became Associate Professor of Pathology and Dermatology at The University of Michigan in 1990. Dr. Nickoloff is a member of the American Association of Pathologists, Society for Investivative Dermatology, American Society of Dermatopathology, International Society of Dermatopathology, American Association for the Advancement for Science, and the American Federation of Clinical Research. He serves on the editorial board of The American Journal of Dermatopathology, Journal of Cutaneous Pathology, Journal of the Academy of Dermatology, Journal of Dermatological Science, and American Journal of Pathology. As of 1991, he was the principal investigator of four different National Institutes of Health (NIH) grants and is a current member of the NIH-General Medicine-A study section. Dr. Nickoloff has presented over 40 invited lectures at both National and International Meetings. He has published over 130 research papers and is the author, or co-author, of a dozen book chapters. Beyond his primary patient-care related activities, his current major research as it relates to immunod-ermatology includes elucidation of the cytokine network in psoriasis; the role of adhesion molecules, chemotactic polypeptides, and growth factors in allergic contact dermatitis; and the role of dermal dendrocytes in AIDS-related skin diseases such as Kaposi's sarcoma and psoriasis.