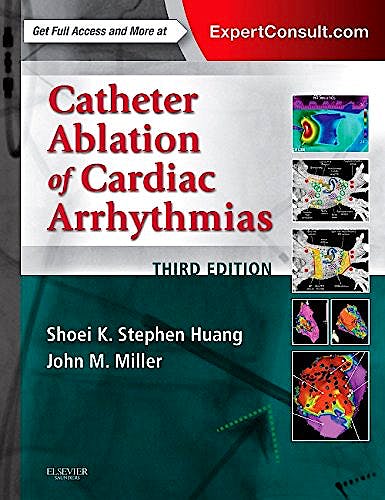 The 2nd edition of Catheter Ablation of Cardiac Arrhythmias, written by Shoei K. Stephen Huang, MD and Mark A. Wood, MD, provides you with the most comprehensive and detailed coverage of the latest ablation techniques, from direct-current to radiofrequency to cryoenergy. It offers the latest information on anatomy, diagnostic criteria, differential diagnosis, mapping, and the use of echocardiography to assist in accurate diagnosis and management of cardiac arrhythmias. Authored by two of the world’s leading experts in catheter ablation, this text includes a unique section on troubleshooting difficult cases, and its use of tables, full-color illustrations, and high-quality figures is unmatched among publications in the field. Easy access to the complete contents, illustrations, and video library can now be found online at expertconsult.com.