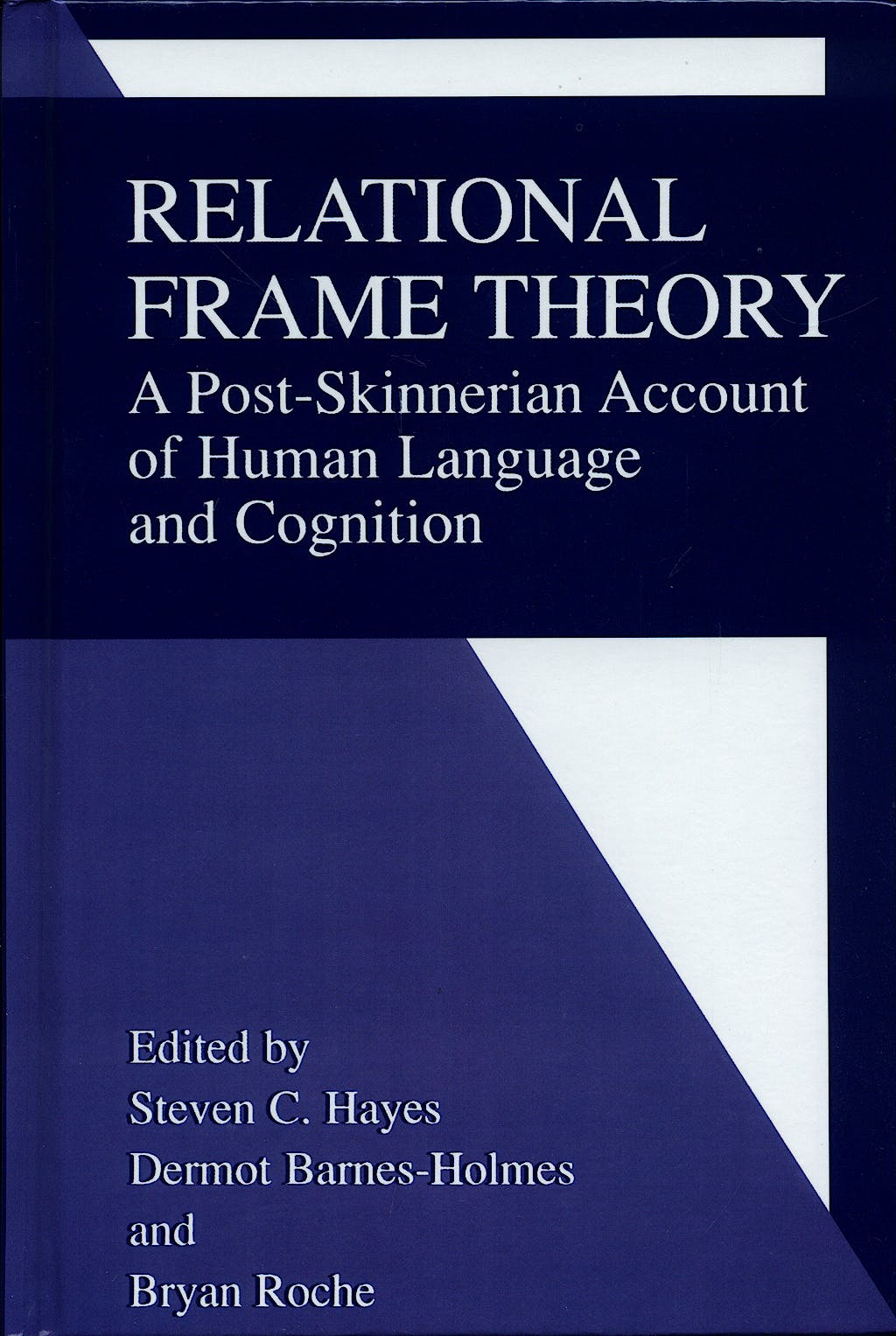 Human language and our use of it to communicate or to understand the world requires deriving relations among events: for example, if A=B and A=C, then B=C. Relational frame theory argues that such performances are at the heart of any meaningful psychology of language and cognition. From a very early age, human beings learn relations of similarity, difference, comparison, time, and so on, and modify what they do in a given situation based on its derived relation to others situations and what is known about them.

This volume goes beyond theory and gives the empirical and conceptual tools to conduct an experimental analysis of virtually every substantive topic in human language and cognition, both basic and applied. As the term `post-Skinnerian' suggests, this volume challenges behavioral psychology to abandon many of the specific theoretical formulations of its most prominent historical leader in the domain of complex human behavior, especially in human language and cognition, and approach the field from a new direction.

The need for a pragmatically useful analysis of language and cognition is as enormous and varied as its extensions and applications. This volume will be of interest not only to behavior theorists but also to cognitive psychologists, therapists, educators, and anyone studying the human condition.

"A remarkably brilliant book that integrates some of the main theories of radical behaviorism with cognitive behavioral theories and practices of psychotherapy. This book gives more plausible explanations of why people behave the way that they do, and particularly why they are frequently dysfunctional, than any other I can think of."
(Albert Ellis, Albert Ellis Institute, New York)

"[An] exciting and innovative book. It indicates that a behavioural account can shed light on many more of the complexities of language and cognition than had previously been supposed... it is abundantly clear from this book that the behavioural approach is alive and kicking, and full of vitality."
(W. Eysenck, Royal Holloway University of London)

"This is a truly remarkable book... If Chomsky had seen this work 40 years ago, the history of psychology could have been very different."
(Paul M. Smeets, Leiden University, The Netherlands)

"The book is certainly a tour de force and clearly merits a much wider readership among those interested in empirical and theoretical issues in language and cognition."
(Contemporary Psychology, APA Review of Books, 48:4 (2003)