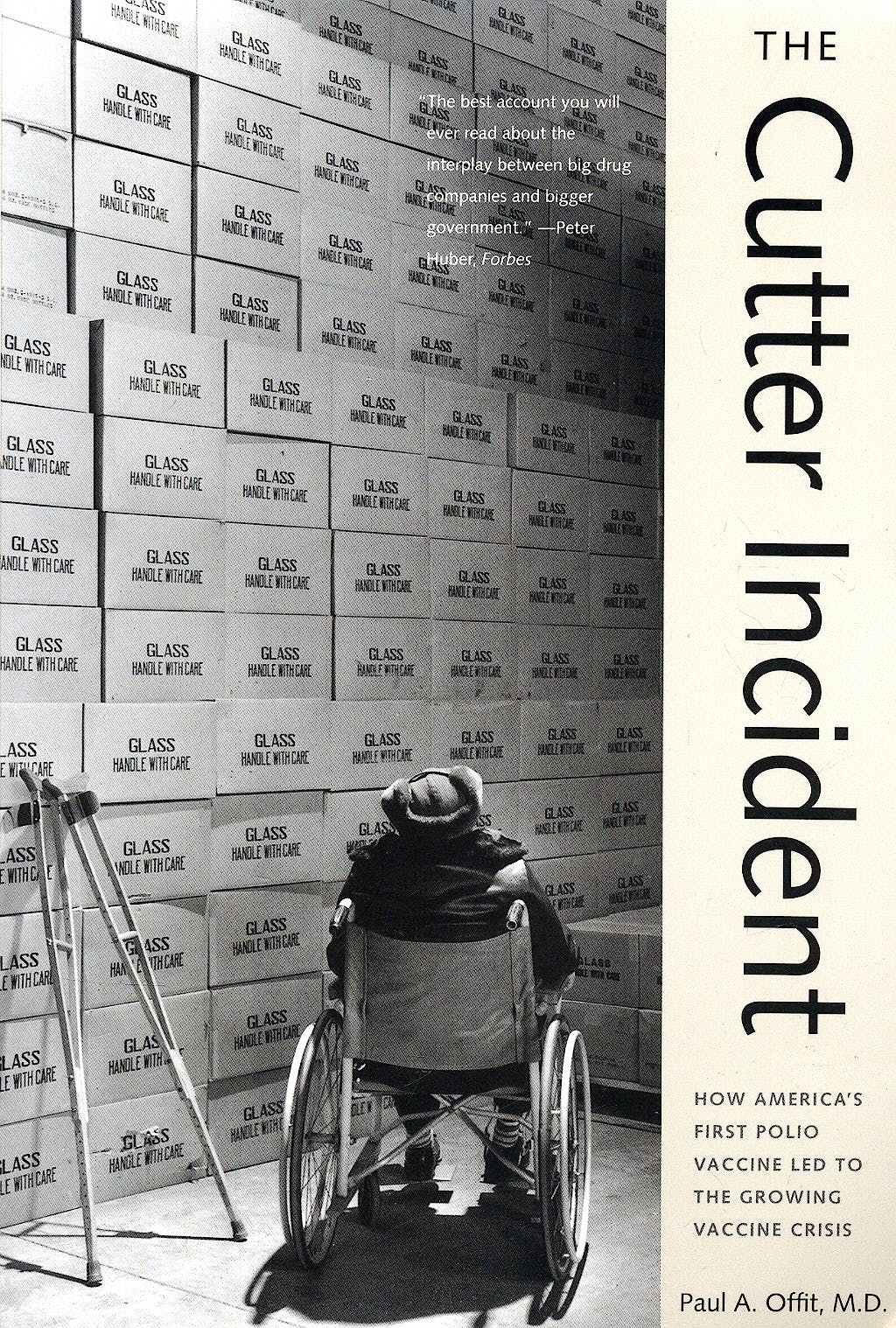 Vaccines have saved more lives than any other single medical advance. Yet today only four companies make vaccines, and there is a growing crisis in vaccine availability. Why has this happened? This remarkable book recounts for the first time a devastating episode in 1955 at Cutter Laboratories in Berkeley, California, thathas led many pharmaceutical companies to abandon vaccine manufacture.

Drawing on interviews with public health officials, pharmaceutical company executives, attorneys, Cutter employees, and victims of the vaccine, as well as on previously unavailable archives, Dr. Paul Offit offers a full account of the Cutter disaster. He describes the nation’s relief when the polio vaccine was developed by Jonas Salk in 1955, the production of the vaccine at industrial facilities such as the one operated by Cutter, and the tragedy that occurred when 200,000 people were inadvertently injected with live virulent polio virus: 70,000 became ill, 200 were permanently paralyzed, and 10 died. Dr. Offit also explores how, as a consequence of the tragedy, one jury’s verdict set in motion events that eventually suppressed the production of vaccines already licensed and deterred the development of new vaccines that hold the promise of preventing other fatal diseases.