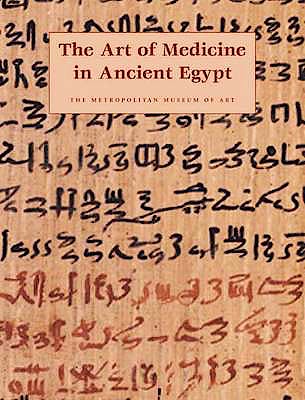 The Art of Medicine in Ancient Egypt

The prevention and cure of disease and the treatment of injuries were major concerns in ancient Egypt. Poorly understood in Egyptian society, illness informed much of their art. Featuring works from The Metropolitan Museum’s collection, this fascinating book examines this relatively unexplored and underappreciated aspect of Egyptian art. It includes two introductory essays on Egyptian medicine, descriptions and photographs of sixty-four objects, and the first color reproduction of the Edwin Smith Papyrus in its entirety, accompanied by a full translation. One of the world’s oldest scientific documents, the fifteen-foot-long Smith papyrus (now housed in the New York Academy of Medicine), discusses both practical and magical treatments of wounds and other maladies.